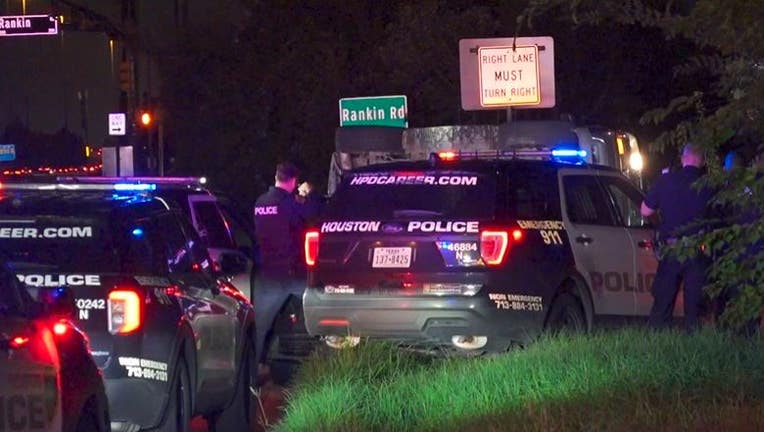 HOUSTON - A street race in northwest Houston overnight Saturday ended with four people arrested after one of the cars flipped over and crashed.

Officials say around 1 a.m. a DPS Helicopter began following a pair of cars racing southbound on I-45 and Tidwell. When a Houston police officer tried pulling one of the cars over, the driver appeared to stop but kept on driving.

A brief chase ensued, authorities say, lasting about 20 minutes where at one point, a passenger was seen throwing a gun out of the vehicle.

The suspects were said to have fled on North Freeway for a while before exiting at Greens Rd but were stopped near Rankin Rd. Investigators say that's where the suspect's car flipped over and crashed but no one was seriously injured.

RELATED: Chase with Houston police ends with driver getting cut out of his luxury sports car

Four people were taken into custody but the charges were not disclosed, as of this writing.