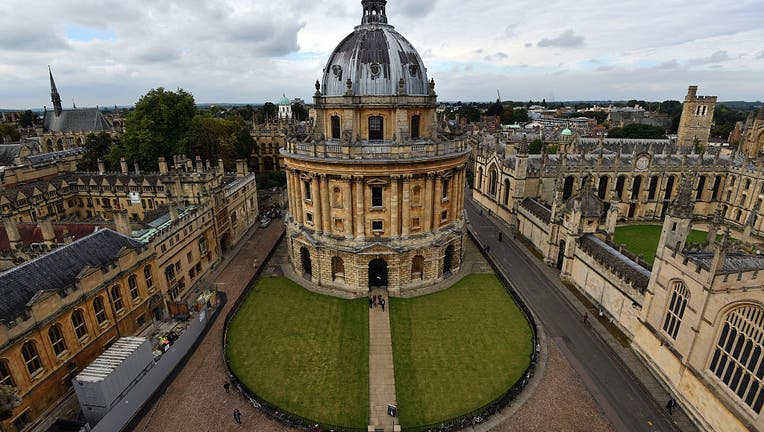 OXFORD, ENGLAND - SEPTEMBER 20: Radcliffe Camera is pictured on September 20, 2016 in Oxford, England. Oxford University has taken number one position in the 2016-2017 world university rankings beating off Harvard and Cambridge for the top spot. (Pho

The office of the American Secretary sent out a press release announcing the 16 students over the weekend.

Students who receive the Rhodes Scholarship have the opportunity to pursue a postgraduate degree at one of the most prestigious studies in the world, the University of Oxford in the United Kingdom.

These three students made not only their families but the entire state of Texas proud:

According to the Rhodes Trust, Jeremy Thomas out of Missouri City is a senior at Amherst College. He is wrapping up double majors in English and Law, Jurisprudence, and Social Thought.

He serves as student body president of the Association of Amherst Students and launched the campus’s first student-run Office of Student Diversity, Equity, and Inclusion. He has also held numerous leadership roles in the Amherst College Black Student Union.

His senior honors thesis analyzes limits on the Fourteenth Amendment’s due process clause, and he has published academic research on death row exonerations. At Oxford, Jeremy plans to pursue both an M.Sc. in Criminal Justice and Criminology and an M.Sc. in Comparative Social Policy.

Per Rhodes Trust, Kendall Jeffreys, Keller, is a senior at Duke University, where she double majors in Environmental Science and Policy and English.

She is an environmental conservationist whose research focuses on understanding the impact of climate change on marine environments. She is also a writer whose novel exploring themes of sacrifice related to climate change has been accepted by the Middlebury Bread Loaf Environmental Writers Conference.

A Presidential Intern and Fellow at the Rachel Carson Council, Kendall also figure skates and paints with watercolor. At Oxford, Kendall will pursue an M.Sc. in Biodiversity, Conservation and Management and an M.St. in English (1900-present).

According to Rhodes Trust, Evan Walker, Rowlett, is in her final year at the U.S. Military Academy where she majors in Operations Research, with focuses in statistics and linear algebra.

Her thesis analyzes the demographics of promotion and attrition among U.S. Army Field Grade Officers. She is a Regimental Commander, served as the chief liaison between survivors of sexual harassment or assault and on-campus medical professionals, and is president of an initiative to mentor minority cadets.

Evan is also captain of the nationally ranked and gender-integrated Army Boxing Team and last year placed second nationally in her weight class. Evan plans to do the M.Sc. in Sociology and the M.Sc. in Statistical Science at Oxford.