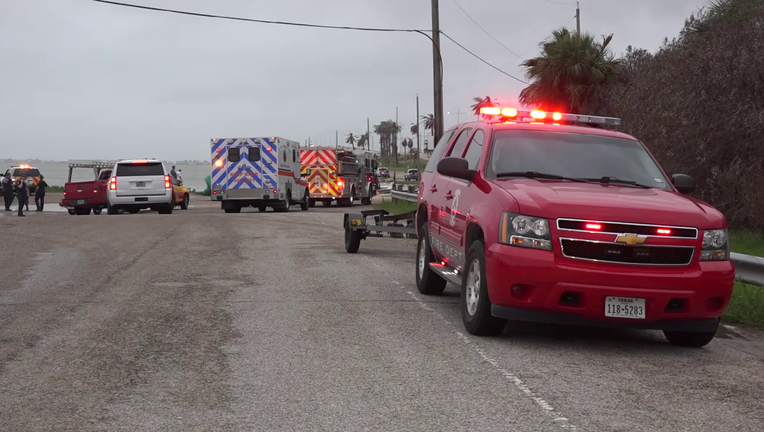 According to Tim Johnson, Battalion Chief with the Galveston Fire Department, the incident occurred near Tiki Island and the Galveston Causeway.

Johnson said authorities responded to a drowning around 6:15 p.m. as a boat was said to be taking on water.

Johnson stated that good samaritans rescued three survivors, who were found swimming toward the causeway, and towed the boat to shore.

Police and the U.S. Coast Guard are still searching for the two missing men, aged 26 and 46.

Authorities said the three survivors were the only ones wearing personal floatation devices, while the two missing men were not.

Galveston Beach Patrol Chief Peter Davis said some items of clothing said to have been on one of the missing victims have been found.

Authorities said it’s unclear at this point as to why the boat was abandoned.