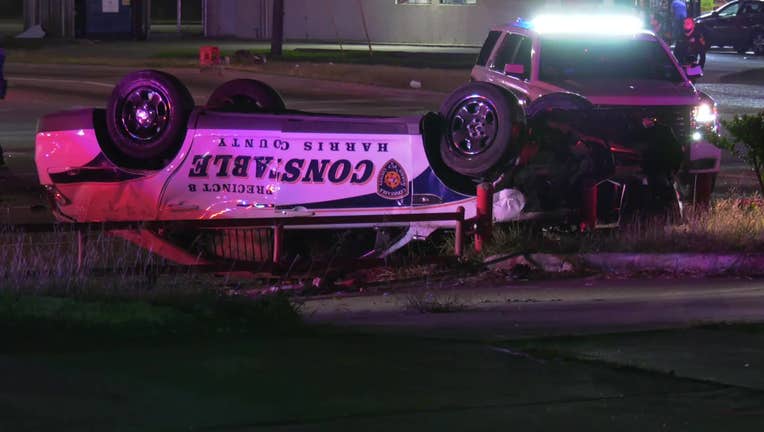 A deputy constable was hospitalized after a rollover crash during a pursuit.

HOUSTON - Authorities say a chase suspect, a Pct. 8 constable deputy and a civilian were taken to the hospital after two crashes in southeast Houston.

The incident occurred around 11:40 p.m. Monday on Almeda Genoa Road.

According to HPD, the constable deputy was in pursuit of a stolen vehicle that refused to stop.

During the pursuit, police say the suspect blew through a red light at the intersection of Almeda Genoa and Telephone Road.

The patrol vehicle rolled over, and the Cadillac came to stop at a car dealership.

Police say the suspect continued driving for about a quarter of mile until he went into a field, broke a fence, his vehicle flipped over and he was ejected from the vehicle.

According to HPD, the vehicle rolled over the suspect, but he is said to be in stable condition with minor cuts. He was taken to the hospital.

The civilian driver and constable deputy were also taken to the hospital with minor injuries.