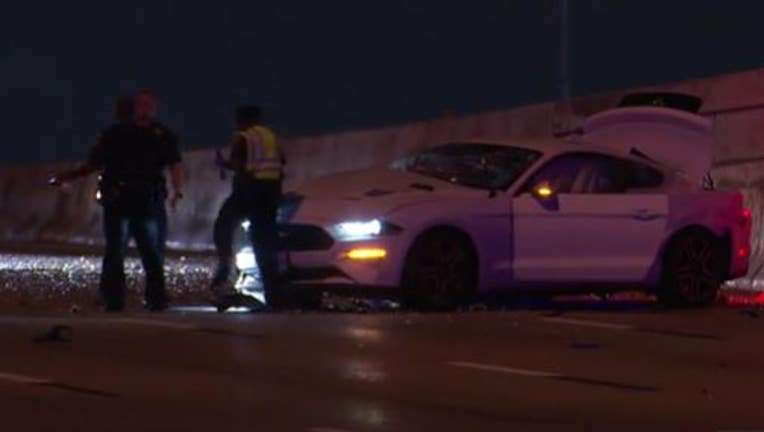 HOUSTON - A woman is dead and three people are in police custody for drunk driving after a multi-vehicle crash in north Houston, where officials are also piecing together how it all unfolded.

Preliminary information from Sean Teare, Harris County DA Chief for Vehicular Crimes Division and Lt. Salazar with HPD claims two cars - one of them, a white Mustang - was hit by one or the other on N Freeway near Aldine Bender around 4 a.m. overnight Sunday.

A woman sitting in the passenger seat of the Mustang reportedly got out of the car and was hit by another car, instantly killing her.

Officials say all three drivers showed signs of impairment and admitted to drinking, so the DA's office is working to add charges as well as find which one caused the initial crash.

The freeway was closed for several hours due to the crash and none of the individuals involved were identified, as of this writing.