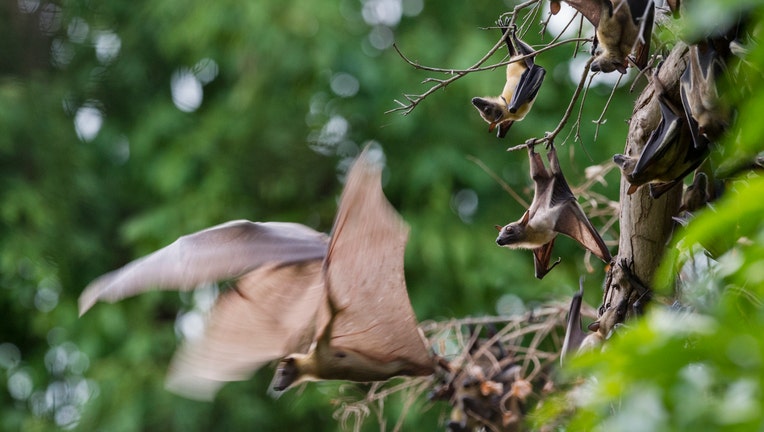 The zoo and Nebraska health officials recommended that roughly 186 campers who stayed overnight at the aquarium in recent weeks, as well as some staffers, get rabies shots.

A camper on July 4 woke up to a wild bat flying around her head. A zoo emergency medical technician didn't find any bites or scratches on her.

The zoo found seven wild bats in the aquarium and euthanized them. One tested positive for rabies.

The zoo in a news release Friday said it has recommended that people exposed to wild bats while they were sleeping get rabies shots. The zoo gave campers refunds and is paying for their shots.

Animal Health Director Dr. Sarah Woodhouse in a statement said guests who visited the aquarium during the day shouldn't be concerned because bats come out only at night.

"The bats we identified were Little brown bats, a common bat species in Nebraska that anyone could find in their backyard or attic," Woodhouse said. "It is not unusual for a wild bat to be infected with rabies, which is why you should never directly touch a wild bat."

Zoo staff didn't find any signs of long-term bat roosting at the aquarium. The zoo said it has moved all overnight camping events elsewhere as workers try to pinpoint how the bats got into the building.