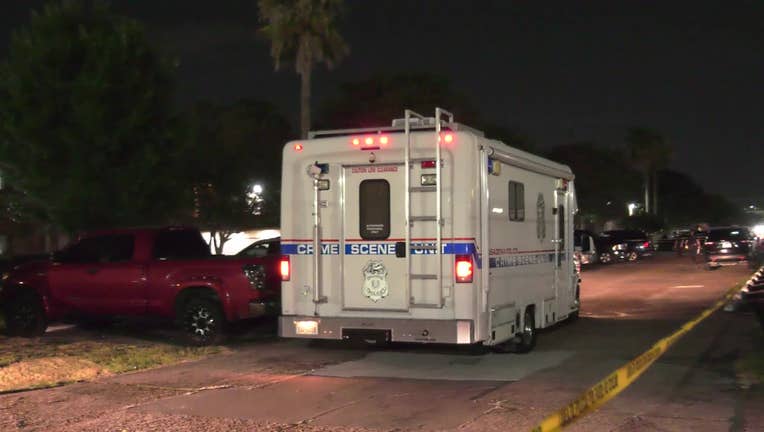 PASADENA, Texas - Two teenagers are dead, and one teen is injured after a shooting in a Pasadena parking lot on Sunday night, police say.

The shooting was reported around 10 p.m. in the 3800 block of Red Bluff Road. Dispatch received reports about shots fired and people who had been shot.

Both teens were taken by Life Flight to Memorial Hermann Hospital. The 17-year-old died from his injuries.

Officers also located a 16-year-old victim just north of the shooting location. He was pronounced dead from a gunshot wound at the scene.

Officers recovered a handgun from the 17-year-old, and a second handgun was located near the original shooting location.

After interviewing the only surviving victim, investigators learned that the three teens involved had met in the apartment complex parking lot just before the shooting, where an argument ensued.

All three teens sustained gunshot wounds during this altercation.

Pasadena PD say the deadly shooting is still under investigation.