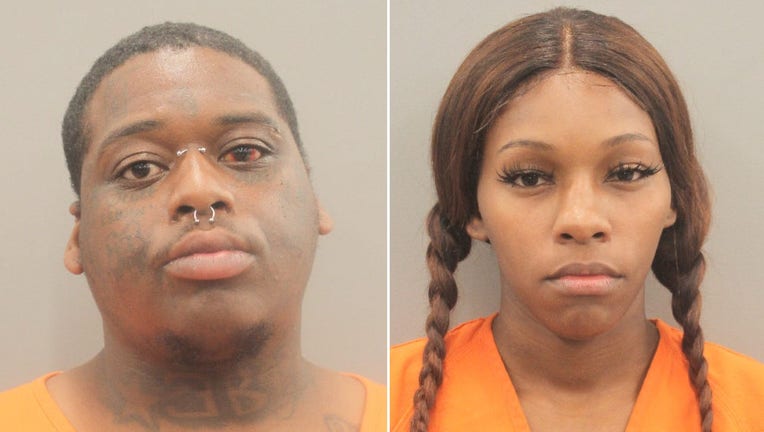 HOUSTON - Two suspects have been charged in the deadly shooting of a man at a southwest Houston apartment in May.

Qiriathiam Phillips, 25, and Consetta Rao, 24, are charged with murder. Rao is also charged with being a felon in possession of a weapon.

According to police, officers responded to a shooting at the apartment and found 29-year-old Tevin Watson shot. Two children were also in the apartment but were not injured.

Watson was taken to the hospital, where he later died.

Police say further investigation identified Phillips and Rao as suspects and they were charged on Thursday.

Authorities said Phillips was in the Harris County Jail on unrelated charged and Ro was taken into custody on Thursday.

According to HPD, Phillips was out on seven felony bonds at the time of the shooting in May.