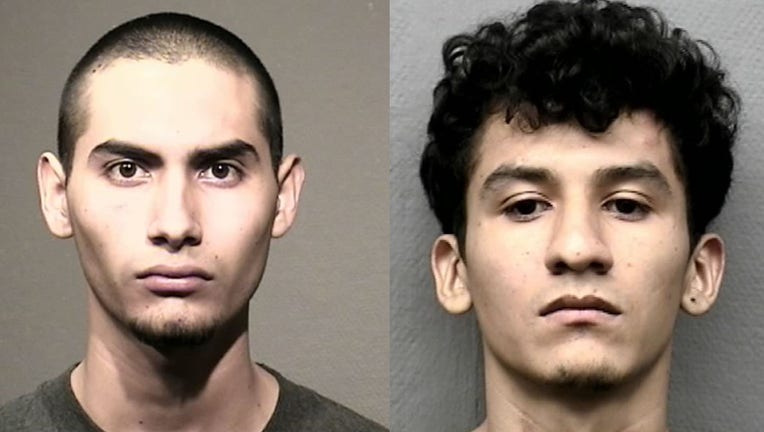 HOUSTON - Two MS-13 gang members who killed a 15-year-old girl in Houston were each sentenced to 40 years in prison after pleading guilty to murder, the Harris County District Attorney’s Office announced.

The district attorney's office say Diego Hernandez-Rivera, 22, pleaded guilty to murder in the death of Genesis Cornejo-Alvarado in exchange for 40 years in prison on Monday. Jury selection was about to begin in his trial.

Hernandez-Rivera, who reportedly went by "Scary," also pleaded guilty to aggravated assault with a deadly weapon in exchange for 12 years in prison. Those sentences will run concurrently.

The district attorney’s office says his partner in crime, Miguel Alvarez-Flores, 26, who went by "Diabolico," pleaded guilty to murder in February and was sentenced to 40 years in prison.

According to the district attorney’s office, prosecutors expected to show in court that the girl was chosen as a sacrifice and shot to death, likely because she disrespected their shrine to the Santa Muerte, the Saint of Death. Officials said the girl had been reported missing by her family.

"This is a tragic case of a runaway girl falling into the clutches of a dangerous and violent gang," said District Attorney Kim Ogg said. "We will not stop in our pursuit of violent criminals who band together to terrorize communities and murder innocents."