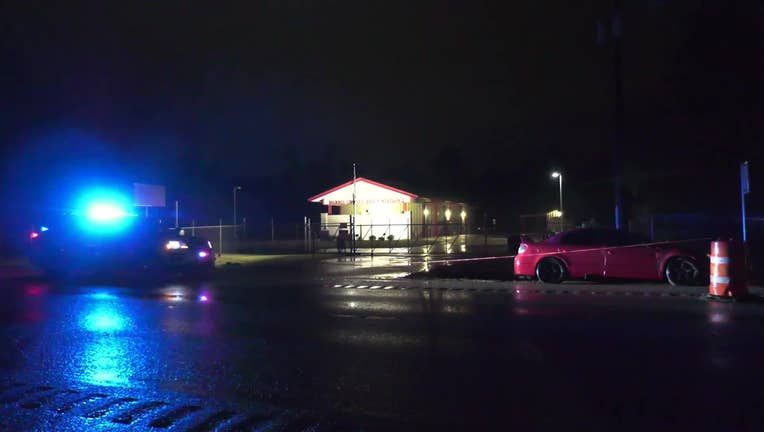 Deputies say a man drove himself to a fire station after a shooting.

CROSBY, Texas - Authorities say two men drove themselves to a fire station in the Crosby area after one was shot and one was hit in the head with a gun.

Deputies say there was an altercation between two men at a residence on FM 1942. During the altercation, investigators say a third man with a gun apparently got involved and fired a shot.

One man was shot in the head and is hospitalized in critical condition. Deputies say the other man had a cut on his forehead from being hit with the gun.

The suspect fled the scene. There is no description of the person deputies are searching for at this time.