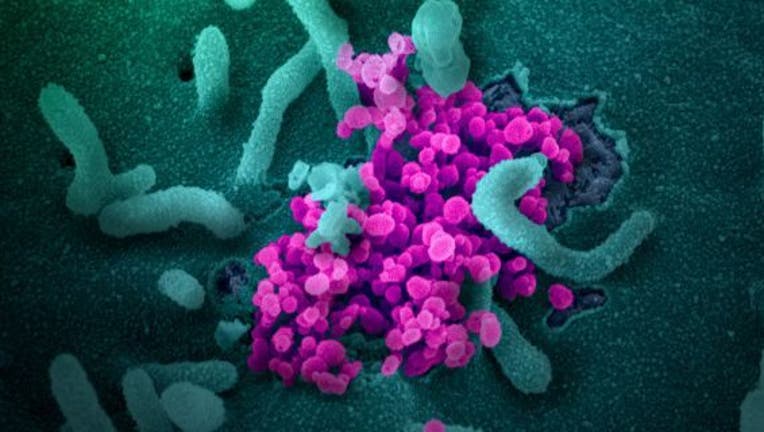 BOSTON - Two former administrators of a Massachusetts veterans home where nearly 80 people sickened by the coronavirus died have been charged for their handling of the outbreak, the state’s attorney general said Friday.

It’s believed to be the first criminal case in the country brought against nursing home officials for actions taken during the pandemic, Attorney General Maura Healey said.

Former Holyoke Soldiers’ Home Superintendent Bennett Walsh and former Medical Director Dr. David Clinton were indicted by a grand jury on charges stemming from their decision in March to combine two dementia units, packing residents who were COVID-19 positive into the same space as those with no symptoms, Healey said.

The veterans “risked their lives from the beaches of Normandy, to some the jungles of Vietnam and to know that they died under the most horrific circumstances is truly shocking,” Healey told reporters.

A phone message was left Friday with a lawyer for Walsh. An email was sent to attorneys for Clinton. They could each face prison time if convicted of charges of causing or permitting serious bodily injury or neglect of an elder, Healey said.

The charges come three months after a scathing independent report said “utterly baffling” decisions made by Walsh and other administrators allowed the virus to spread there unchecked. The “worst decision” was to combine the two locked dementia units, both of which already housed some residents with the virus, said investigators led by former federal prosecutor Mark Pearlstein.

Healey said Walsh and Clinton were the ones ultimately responsible for the decision to combine the two units, which she said led to “tragic and deadly results.” More than 40 veterans were packed into a single unit that usually had 25 beds, and space was so limited that nine veterans — some with symptoms and some without — were sleeping in the dining room, Healey said.

Since March 1, 76 veterans who contracted COVID-19 at the home have died, officials said. The first veteran tested positive March 17. Even though he had shown symptoms for weeks, staff “did nothing to isolate” him until his test came back positive, allowing him to remain with three roommates, wander the unit and spend time in a common room, investigators found.

When a social worker raised concerns about combining the two dementia units, the chief nursing officer said “it didn’t matter because (the veterans) were all exposed anyway and there was not enough staff to cover both units,” investigators said. One staffer who helped move the dementia patients told investigators she felt like she was “walking (the veterans) to their death.” A nurse said the packed dementia unit looked “like a battlefield tent where the cots are all next to each other.”

As the virus took hold, leadership shifted from trying to prevent its spread, “to preparing for the deaths of scores of residents,” the report said. One the day the veterans were moved, more than a dozen additional body bags were sent to the combined dementia unit, investigators said. The next day, a refrigerated truck to hold bodies that wouldn’t fit in the home’s morgue arrived, the report said.

Walsh has defended his response, saying state officials initially refused in March to send National Guard aid even as the home was dealing with dire staffing shortages

He was placed on administrative leave March 30 and the CEO of Western Massachusetts Hospital, Val Liptak, took over operations. Walsh was fired after the release of the report but a judge invalidated his termination this week after his lawyer argued that only the home’s board of trustees can hire and fire the superintendent.

The letters, sent from the head of the Justice Department’s civil rights division, said the agency was seeking the information to determine whether the orders “may have resulted in the deaths of thousands of elderly nursing home residents.”

The Justice Department said it was evaluating whether to initiate investigations under a federal law known as the Civil Rights of Institutionalized Persons Act, which protects the rights of people in nursing homes and other facilities. But the law applies only to nursing homes owned or run by the states.