A grandmother and her boyfriend are facing charges for allegedly tying up a 6-year-old boy and locking him inside a dark shed in the Pleasant Grove area of Dallas.

DALLAS - A grandmother and her boyfriend are facing charges for allegedly tying up a 6-year-old boy and locking him inside a dark shed in the Pleasant Grove area of Dallas.

Dallas police said officers were called to a home in the 1100 block of Coston Drive Sunday for a welfare check on three children.

According to an arrest warrant affidavit, a tipster told them 53-year-old Esmeralda Lira had locked her grandchildren in a shed outside her house.

The officers went into Lira’s home and found two of the three children asleep. As they searched for the third child, the officers noticed the locked shed in the backyard. One officer knocked on the door and heard a voice from inside, the affidavit states.

The 6-year-old boy was found standing alone in the pitch-black shed. His hands were tied behind his back with shoelaces, according to the affidavit.

The officers carried him to safety and untied him. Paramedics checked him out but did not take him to the hospital, police said. 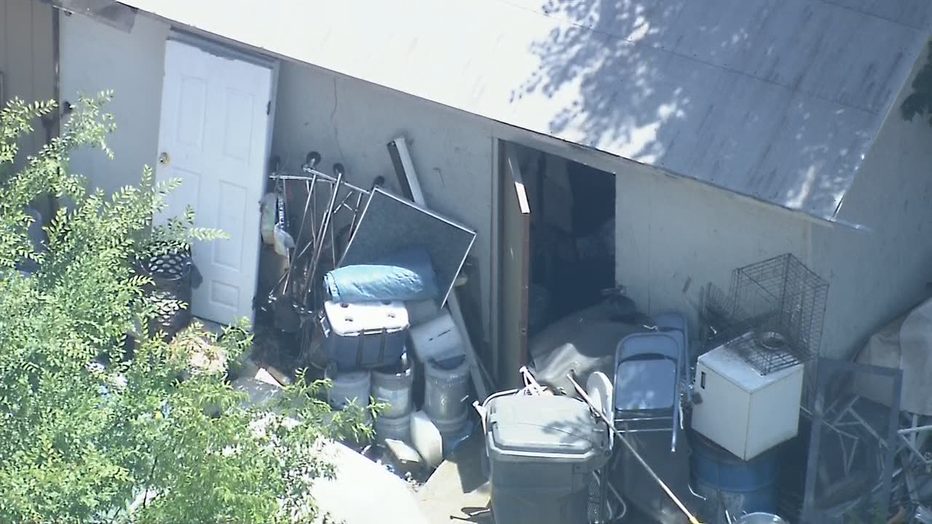 According to the affidavit, the boy told detectives his grandmother puts him in the shed and ties him up when he is bad. He also said she gives him plastic bag to use the restroom and bathes him outside by spraying him with water.

Child Protective Services removed the boy from the home, along with his 7-year-old sister and 4-year-old brother. They are now in foster care.

Jail records show Lira is facing a felony charge of abandoning or endangering a child with imminent danger of bodily injury.

Lira’s longtime boyfriend, 64-year-old Jose Balderas, was also arrested for the same charge. The affidavit states he was aware of what was happening but did not do anything to stop it. He told police the boy had been locked in the shed for at least two weeks. 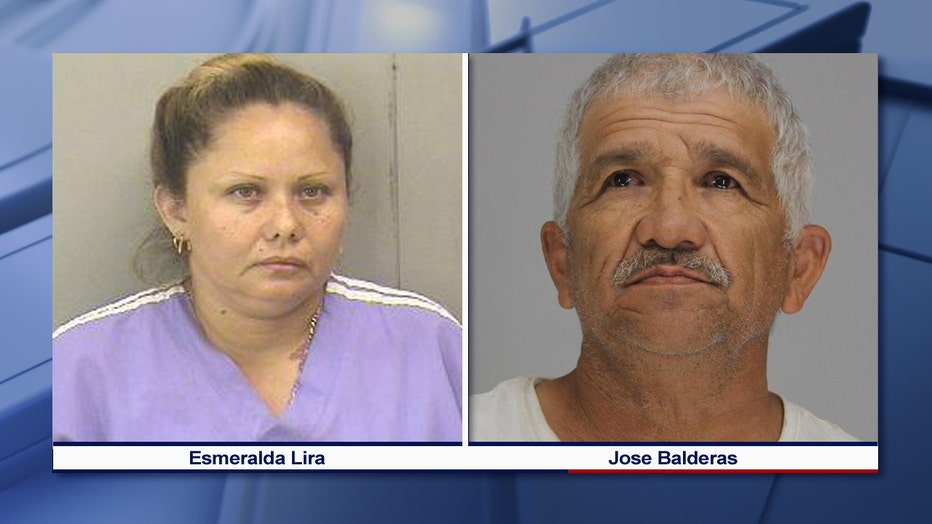 Marissa Gonzalez with the Department of Family and Protective Services gave a brief statement about the child and his two young siblings.

“The three children have been placed in foster care. They're doing well,” she said. “Of course, the 6-year-old will receive any medical attention he might need.”

As for the bigger picture, Gonzalez says the agency is actually seeing a drop in calls to their abuse hotline. They received about 8,400 fewer calls this April than April 2019.

“We know that professionals make up a large number of the reports we receive every year. So that includes doctors and teachers,” she said. “So when those people aren't seeing children is often the number of reports can go down.”

Gonzalez declined to comment on whether CPS had prior contact with this family, citing confidentiality. However, she and other child advocates say it's now more important than ever for community members and neighbors to look out for at-risk kids.

Lynn Davis, CEO of the Dallas Children’s Advocacy Center, says they're seeing a 50 percent drop in cases locally as well as across the state.

“It's a problem. It's going to be a problem for when these kids get back to school. I think our numbers are going to skyrocket,” Davis said. “Now, the cases that we are seeing, we're seeing some more severe physical abuse cases which we would expect during these high-stress times.”

Both suspects are being held in the Dallas County jail with bond amounts set at $100,000. There are also immigration holds on both.

Parents who need help or support can visit www.helpandhope.org to be connected with resources.