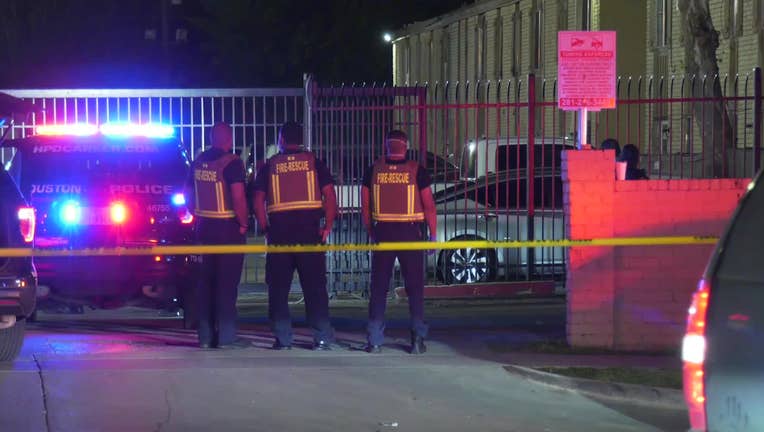 HOUSTON - Police are investigating the deadly shooting of a 16-year-old boy in southeast Houston.

The shooting occurred around 11 p.m. Wednesday in the 8400 block of Broadway Street.

Authorities arrived at the scene and found the boy with multiple gunshot wounds, including one to the neck. He died at the scene.

According to police, the boy was reportedly sitting outside of an apartment complex when two vehicles, a red Mercedes and a white vehicle, pulled up.

Police say an unknown number of people spoke to the boy for a few seconds, and then witnesses heard eight to 10 shots.

One of the vehicles reportedly left northbound and the other vehicle left southbound.

Police say they are searching for another juvenile who may have been injured. According to HPD, family said the victim was supposed to be with a friend, and the friend has not been located.

No weapons were recovered at the scene.

The investigation is ongoing. Anyone with information in the case is urged to contact the HPD Homicide Division at 713-308-3600 or Crime Stoppers at 713-222-TIPS.