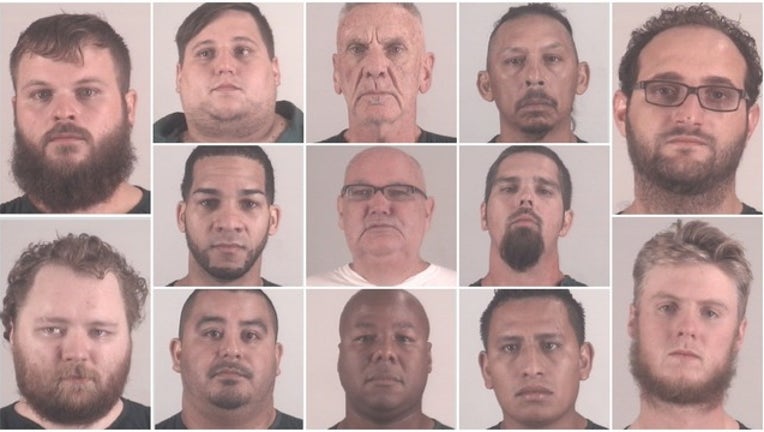 The men were arrested last week in a multi-agency operation led by the Tarrant County Sheriff’s Office.

Investigators said they each believed they were communicating online with a child under the age of 17. They used sexually explicit language and intended to meet children for sex.

“In Tarrant County, we have a zero tolerance for predators coming after our children. We will always be vigorously alert and watching for them,” said Sheriff Bill Waybourn.