Bond was set at $100,000 for the truck driver who was charged with intoxication manslaughter after a deadly crash on the East Freeway in Houston on Monday.

HOUSTON - Bond was set at $100,000 for a truck driver who was charged with intoxication manslaughter following a deadly crash in east Houston.

Pablo Isai Frias, 31, was charged in the crash that occurred Monday on the I-10 East Freeway near McCarty Street. A 30-year-old woman died in the crash.

On Wednesday morning, Frias appeared in probable cause court, where his bond was set.

If he is released on bond, he will not be allowed to drive without the court’s permission, his vehicle must be equipped with an alcohol detection device, and he cannot possess drugs or alcohol – among other conditions.

Deadly crash on the East Freeway 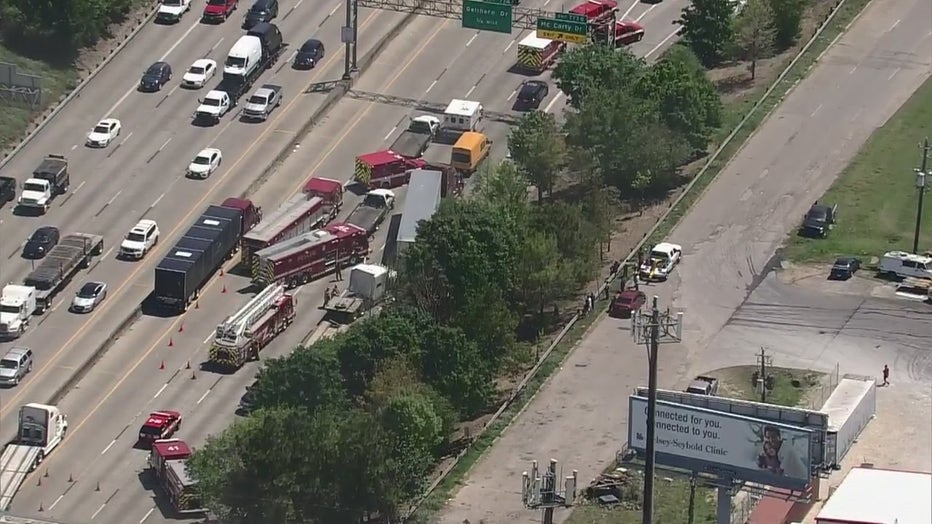 Police say the Kenworth truck had come to a stop on the freeway due to traffic, and the Tahoe stopped behind it.

The Tahoe may have been attempting to move to another lane and struck the back of the trailer attached to the Kenworth, police say.

According to police, the Peterbilt truck then struck the back of the Tahoe. The woman driving the Tahoe died at the scene.

Police say Frias was evaluated at the scene and determined to be intoxicated. He was arrested.