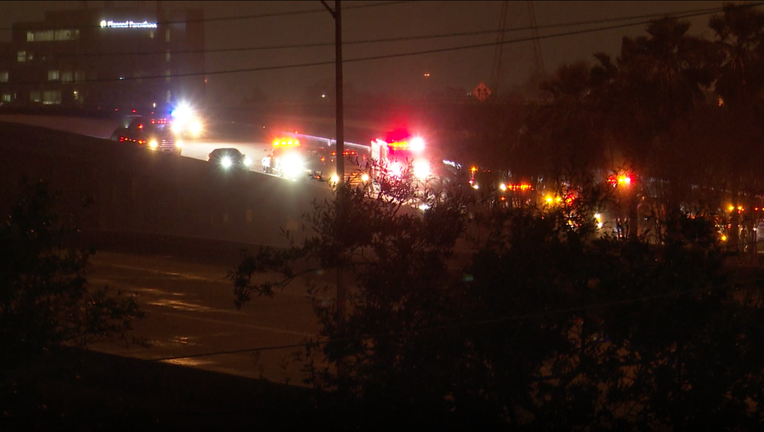 HOUSTON - Emergency crews responded to a 10-car pileup on the I-45 Gulf Freeway just south of downtown on Sunday night as the winter storm blew into the Houston area.

Winter Storm Warning issued for southeast Texas: What you need to know

A winter storm will impact southeast Texas this weekend and last through Monday with frigid temperatures expected to filter in behind the storm.

There were no injuries reported.

Houston Police Chief Art Acevedo said at least 134 crashes had already been reported across the city by 10:30 p.m. on Sunday.

Here are locations where ice is being reported on Houston-area roadways.