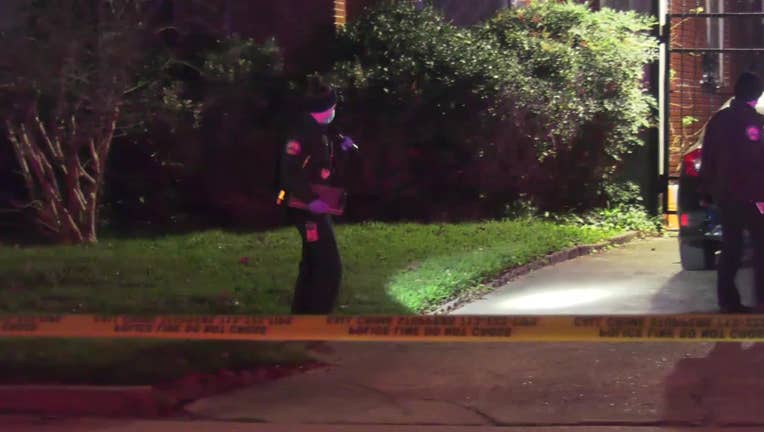 Authorities investigate a home invasion and shooting on Arbor Road in Houston.

HOUSTON - One man was shot and another was beaten during a Houston home invasion, police say.

Officers responded to the 2000 block of Arbor Road around 12:45 a.m. Monday for a reported shooting.

Authorities found a man, in his 70s, who had a gunshot wound to the hand. Another man, believed to be in his late 20s, was pistol-whipped, police say.

Both of the men were transported to the hospital and are expected to survive.

According to police, three males wearing ski masks reportedly kicked in the door to the home. At some point, the suspects reportedly fired a pistol and hit one of the men with a gun.

Police say it was reported that the suspects asked for a particular person by name and then fled once they realized that person wasn’t there.