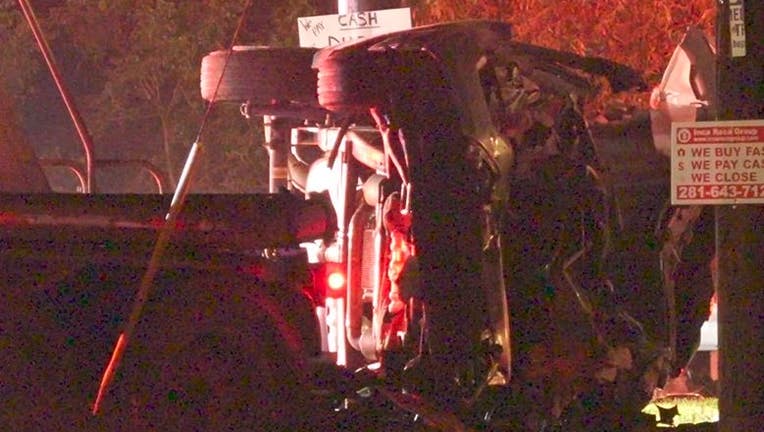 Deputies with the Harris Co. Sheriff's Office and Channelview Fire Dept. were called out to the 16600 block of East Freeway a little before 3:30 a.m. for reports of a crash.

Based on preliminary information, an 18-wheeler was heading southbound and a truck driver was going east. The big rig stopped at the intersection and when it continued, deputies say the truck driver ran the stop sign, hitting the trailer.

Once responding officers arrived, they say they found the truck on fire with the driver trapped inside. He was pronounced dead at the scene.

MORE: 1 dead in fiery crash after train collides with 18-wheeler in Huffman

The driver of the 18-wheeler meanwhile, was not injured. 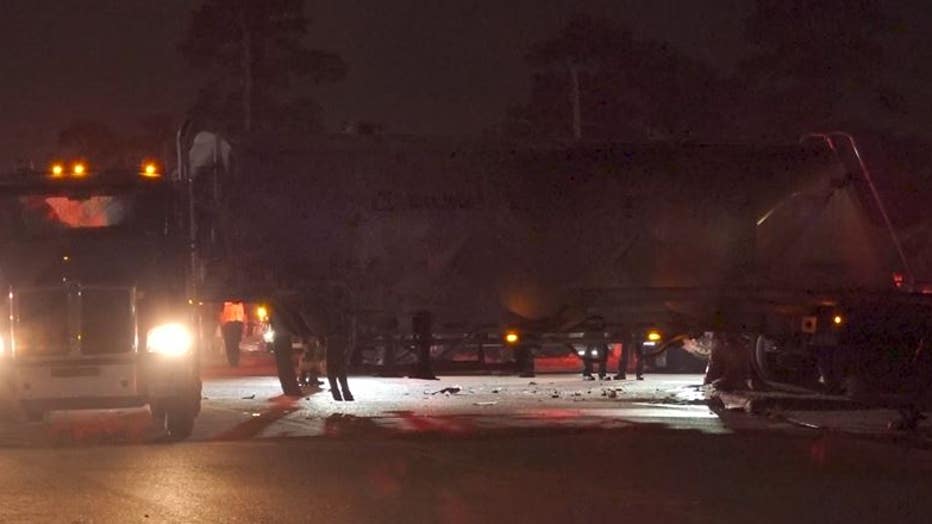 Officials do not believe there were signs of intoxication and say speed is potentially a factor, as there were no skid marks on the streets, so it appears the truck driver didn't stop.

Regardless, HCSO's Vehicular Crimes Division (VCD) will be handling the ongoing investigation but as a result of the crash, the eastbound service roads were closed for several hours. 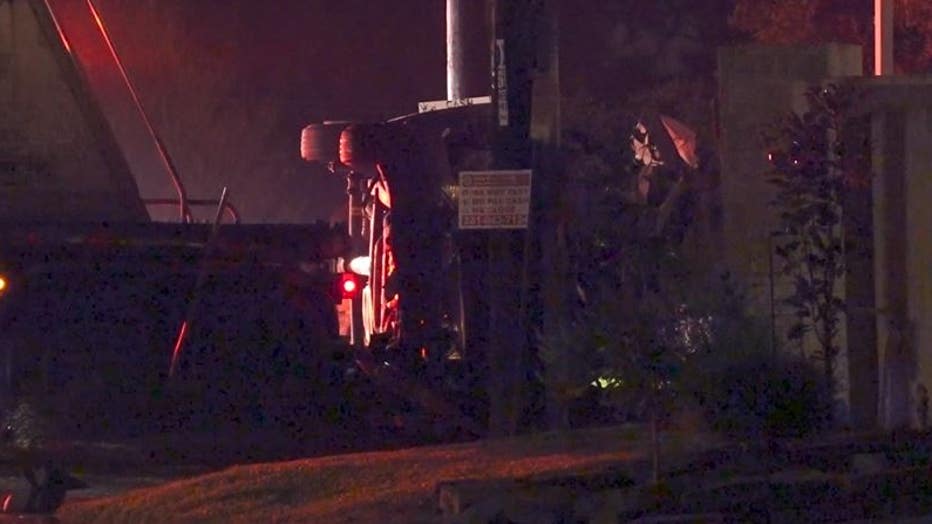