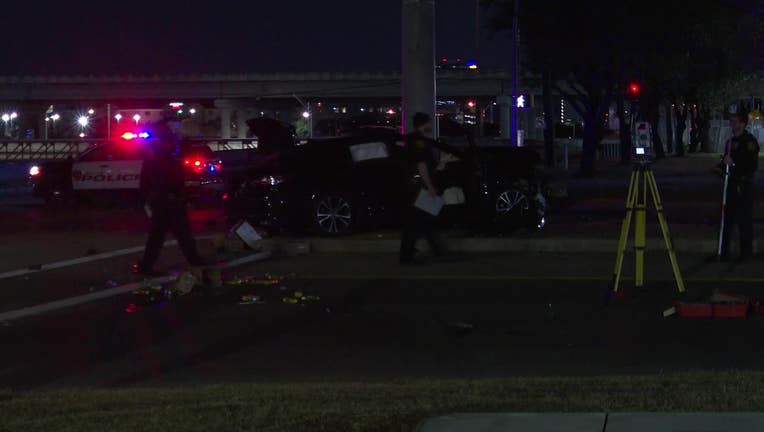 HOUSTON - A driver died and three other people were taken to the hospital after a two-car crash in southwest Houston.

The crash occurred at the intersection of Harwin Drive and the Sam Houston Parkway service road around 11:45 p.m. Sunday.

According to police, it appears one of the vehicles may have run the red light and collided with the other vehicle.

A 20-year-old man driving a Toyota Corolla died at the scene. Three people in a Toyota Camry were transported to the hospital with non-life-threatening injuries.

Police say the driver of the Camry, a 50-year-old woman, consented to a blood draw and did not show signs of intoxication.

At this time, police say it is unclear which driver had the right of way. Authorities will check area businesses for surveillance video that may have captured the crash.