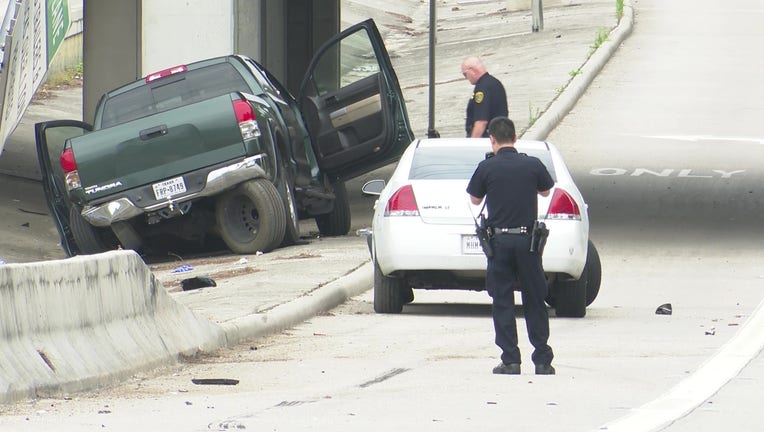 KINGWOOD, Texas - Two people are seriously injured and one has died following a crash in Kingwood Sunday morning.

According to HPD LT. Ponton with the Vehicular-Crimes Division, the driver of a Chevy Impala was heading southbound on the 59 feeder under Sorters McLellan when he trying to pass a Toyota Tundra. 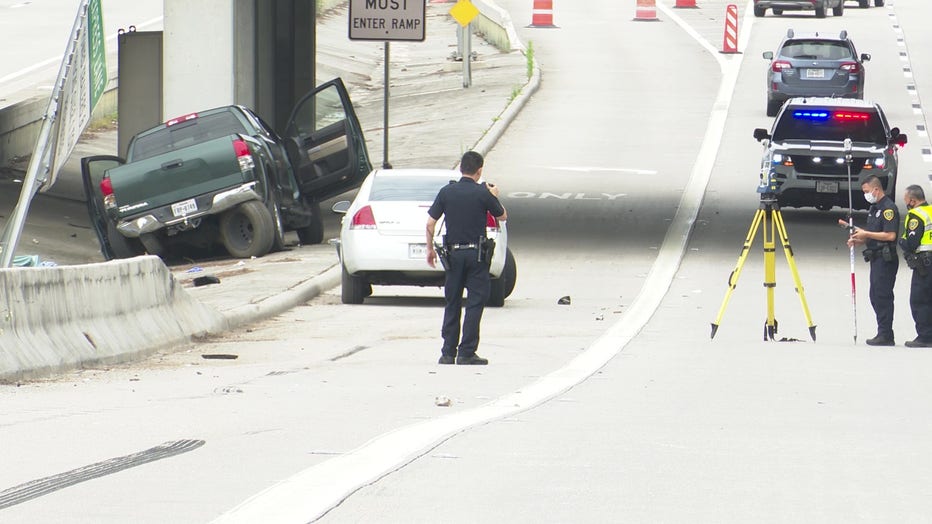 That's when the Tundra reportedly hit the Impala and left the roadway before hitting the concrete pillars.

The Impala driver suffered only minor injuries. Sadly, however, a female passenger inside the Tundra was pronounced dead at the scene, while the driver suffered serious injuries and rushed to a trauma center. 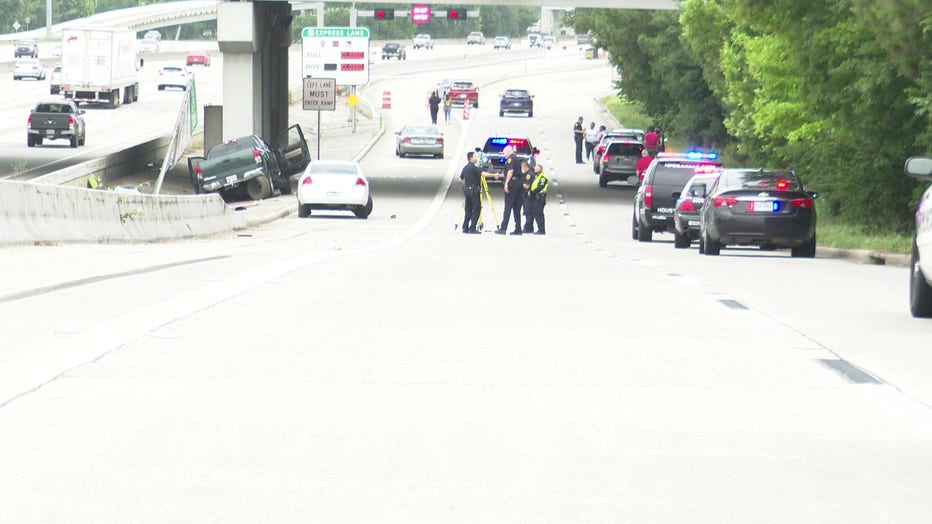 Police say it appears the Tundra driver was at fault, so they are working to evaluate his condition and could face charges depending on the outcome.

None of the individuals involved have been identified, as of this writing.