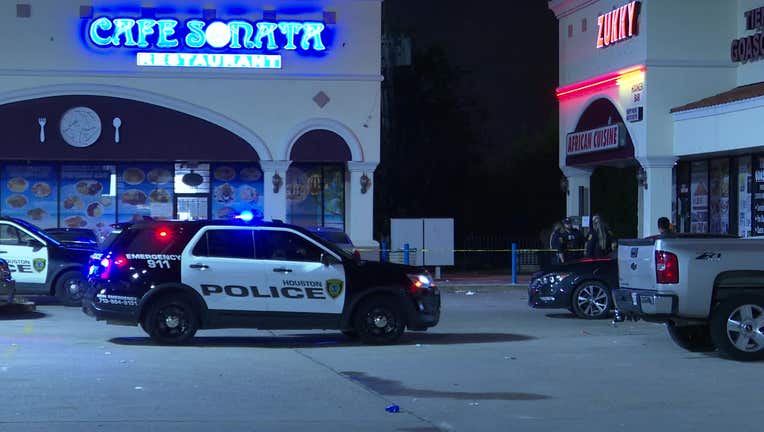 The Houston Police Department investigate a deadly shooting on Bissonnet on October 25, 2021.

HOUSTON - One person died and two others were taken to the hospital after a shooting outside of a business in southwest Houston.

Officers responded to a shooting call around 1:21 a.m. Monday in the 10900 block of Bissonnet.

According to police, the preliminary investigation indicates that the suspect arrived in a dark-colored pickup truck, and the shooter possibly got out of the passenger side of the truck. Police say there may have been an altercation, at which point the shooter shot the three people.

Investigators will review surveillance video from the scene. Police say they have spoken to some witnesses at the scene but ask any other witnesses to come forward. Anyone with information in this case is urged to contact the HPD Homicide Division at 713-308-3600 or Crime Stoppers at 713-222-TIPS.