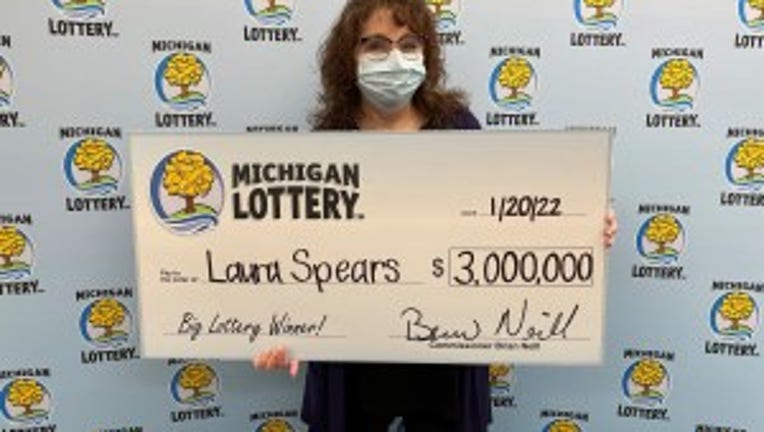 OAKLAND COUNTY, Mich. - A Michigan woman realized that she won a $3 million Mega Millions prize after checking her spam folder.

"I saw an ad on Facebook that the Mega Millions jackpot was getting pretty high, so I got on my account and bought a ticket," Spears said in a news release. "A few days later, I was looking for a missing email from someone, so I checked the spam folder in my email account.

"That’s when I saw an email from the Lottery saying I had won a prize," she continued. "I couldn’t believe what I was reading, so I logged in to my Lottery account to confirm the message in the email. It’s all still so shocking to me that I really won $3 million!"

John and Allison McDonald of England won a $2.6 million lottery and their teenage son was given the all-clear from his battle with non-Hodgkin's lymphoma.

Spears said she plans to share with her family and retire earlier than she had planned.

"I definitely added the Michigan Lottery to my safe senders list just in case I ever get lucky enough to receive another email about a huge prize," Spears continued.

The current jackpot stands at $376 million.

Mega Millions drawings take place each Tuesday and Friday evening. Each Mega Millions play is only $2. For an additional $1 per play, players have the opportunity to add a "Megaplier" that can multiply non-jackpot prizes by up to five times.