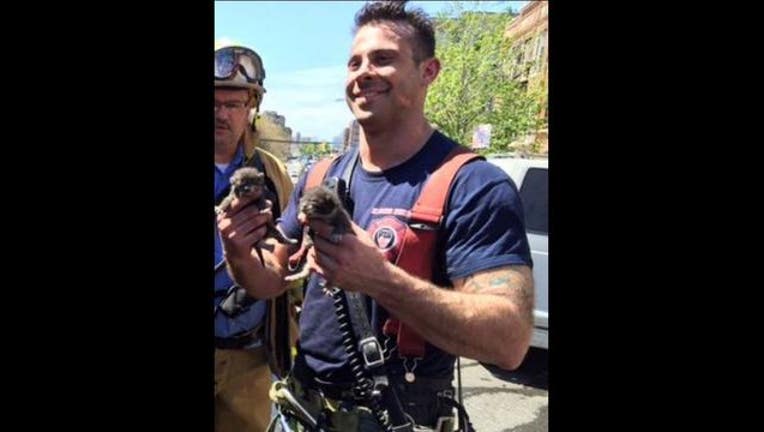 BRONX, NY (FOX NEWS) - A New York firefighter was responding to an apartment fire in the Bronx on Sunday when he suddenly heard a noise coming from inside the home.

FDNY firefighter Vincent Martinelli fought through the smoke to investigate – and what he found was startling.

Four young kittens turned out to be under the floorboards.

And from the looks of things, they were terrified by the two-alarm fire, said the firefighter, according to a post shared by the FDNY.