Houston -  What is clearly a "crisis of integrity and public confidence" for Harris County Judge Lina Hidalgo is just as clearly a major opportunity for her political challengers to make the case for new leadership.

This week Fox 26 spoke one-on-one with Alexandra del Moral Mealer - one of two Republican candidates seeking to oust both Hidalgo and her brand of government.

Mealer received  30% of the GOP primary election vote for Harris County Judge, she will face her opponent Vidal Martinez, who received 26% of the vote in the runoff election on May 24, 2022. 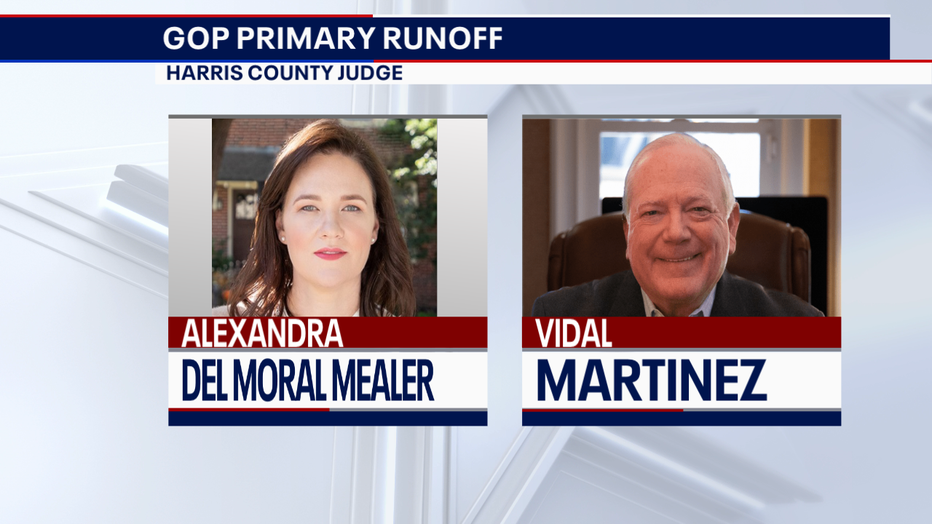