An Air Force Hurricane Hunter plane found winds of 40 mph as the storm was about 45 miles southeast of Charleston, South Carolina. As it moved over land, it produced a large area of showers and thunderstorms west of its exposed center of circulation.

At 8 p.m., the storm was centered about 50 miles southwest of Charleston, according to the Miami-based hurricane center said. The system was moving to the west-northwest at 16 mph. 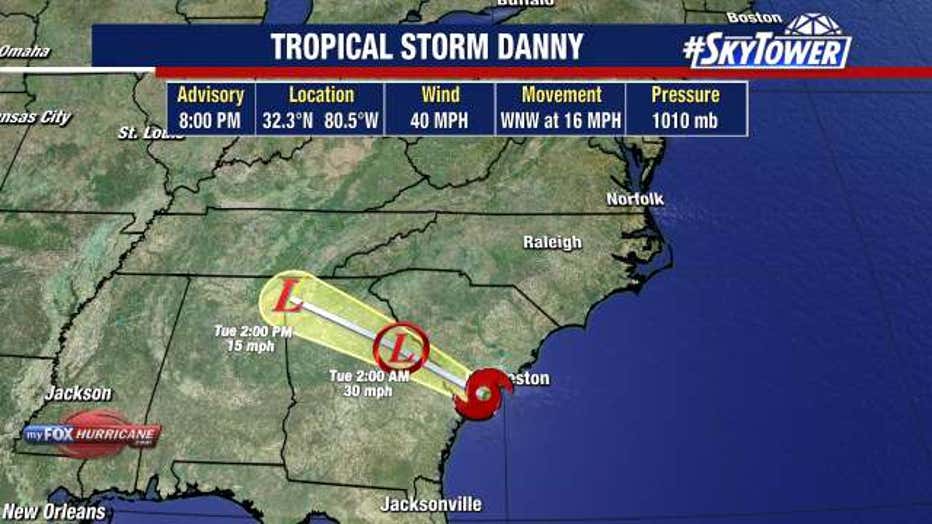 A tropical storm warning extends from Edisto Beach to the South Santeee River.

Forecasters said it could drop heavy rains as far inland as the north Georgia Piedmont area and northeast Alabama. Dangerous surf conditions also were expected along parts of the Southeast seacoast.

The NHC says a few inches of rain are possible along the coasts of Georgia and southern South Carolina through tomorrow.

Meanwhile, a tropical wave in the central Atlantic has a 40-percent chance of strengthening as it moves west.

LINK: Forecast and models on MyFoxHurricane.com