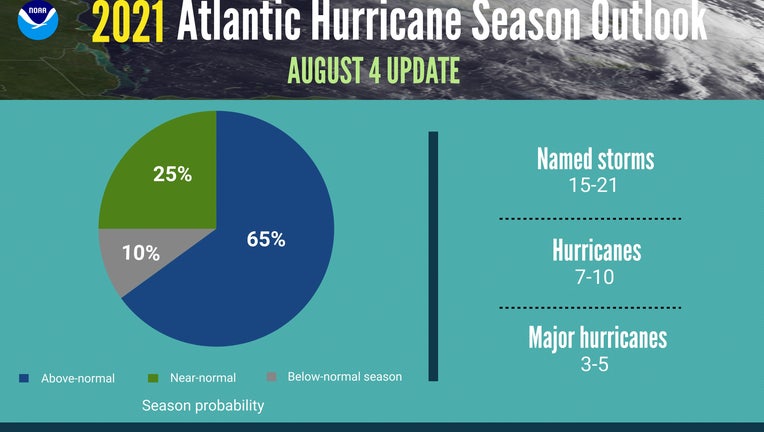 HOUSTON - The 2021 Atlantic hurricane season is well underway, and atmospheric and oceanic conditions remain conducive for an above-average hurricane season, according to the annual mid-season update issued by NOAA’s Climate Prediction Center, a division of the National Weather Service.

The latest outlook reflects that the number of expected named storms, which have winds of 39mph or greater, is 15 to 21 – up from the initially predicted 13 to 20 named storms.

This updated outlook includes the five named storms that have formed so far, with Hurricane Elsa becoming the earliest 5th named storm on record.

The Atlantic hurricane season runs from June 1 through November 30. Are you prepared?

HERE'S A LOOK AT YOUR LATEST WEATHER FORECAST