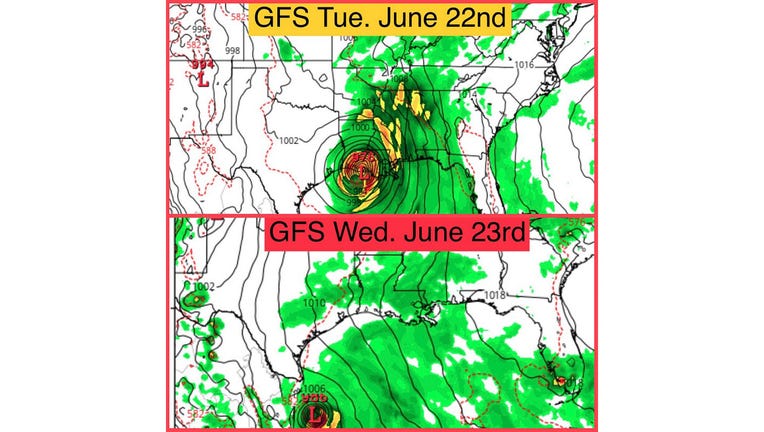 HOUSTON - The only thing to track in the Atlantic Basin is a low near Panama in the Caribbean that has a slight chance of organizing before heading over into the Pacific Ocean. We like those kinds of lows.

Of more interest and a little closer to home is something the longer-range models have been working on. Around June 22 or 23 something may try to form in what looks like the southwestern Gulf of Mexico. The first rule in long-range forecasts is they are very inaccurate and whatever they are indicating will change. Unfortunately, some forecasters will not mention that very important detail and then things are shared on social media, which leads to a lot of problems.

I’m including an image I created showing how different the same model can be from one run to the next. The early run has a low going into Louisiana, but the evening run has it going into Mexico.

What does it all mean? There is something the model is picking up on that indicates the possible formation of what could become a tropical low…or not, and that’s all we know. So we keep monitoring each run and look for more consistency, which happens as the timeframe grows smaller.

The National Hurricane Center is stating that a trough of low pressure is expected to form early next week over the Bay of Campeche and the southwestern Gulf of Mexico. Subsequent slow development of this system is possible as it drifts northwestward to northward. Formation chances through the next five days is 20%. 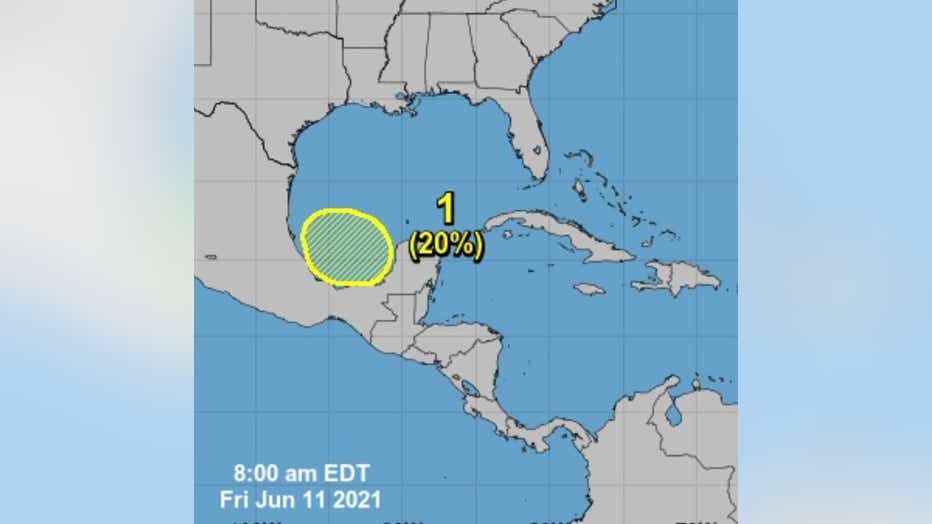 So, we will watch this progression together, but I must say it’s always a good idea to be working on our preparedness levels before something is actually forming in the Gulf.