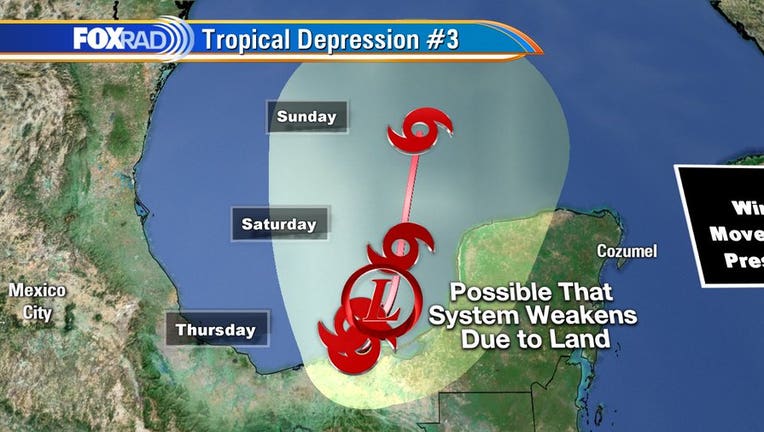 MIAMI - A tropical depression that formed Monday in the Gulf of Mexico is forecast to become a tropical storm in coming hours, with heavy rains already causing deadly flash flooding in parts of southern Mexico and Central America.

The U.S. National Hurricane Center said the depression was centered early Tuesday about 105 miles (169 kilometers) west of Campeche, Mexico. At 5 a.m. EDT, it had maximum sustained winds of 35 mph (55 kph) and was crawling westward at 2 mph (4 kph).

Forecasters said it could reach tropical storm status during the night or sometime Tuesday. It’s expected to move northward across the Gulf of Mexico later this week, but it’s too early to say when and where it might strike the United States.

FOR THE LATEST WEATHER UPDATES DOWNLOAD THE FOX 26 APP

The government of Mexico has a tropical storm warning in effect from Campeche to the port of Veracruz on that country’s Gulf coast. The warning means tropical storm conditions are expected somewhere in that warning area within 36 hours.

The Miami-based hurricane center said deadly flooding has already been occurring in parts of Guatemala and El Salvador.