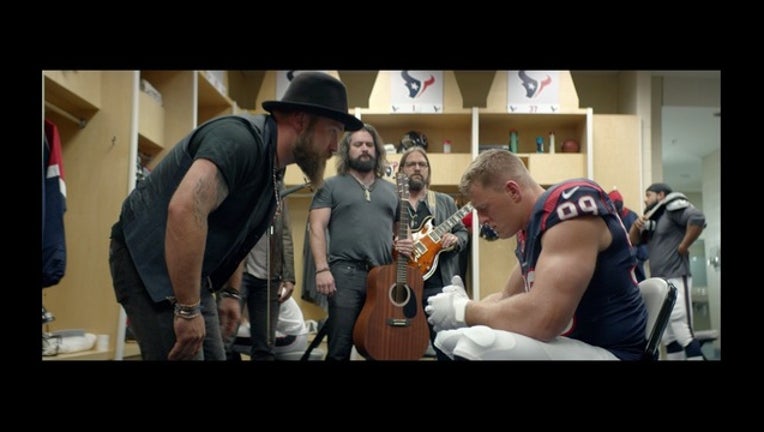 New commercial from Bose released Friday featuring Zac Brown and JJ Watt.  In the spot, you’ll see Zac Brown trying to pump up JJ before a game – getting in his face and even smashing a guitar at JJ’s locker.  By the end, you realize that Zac Brown Band was never there at all – but rather represents how music helps JJ get his game face on.

Three-time GRAMMY winners and multi-platinum artists Zac Brown Band have become one of music's most heralded acts.  Their latest album JEKYLL + HYDE, out now on Southern Ground Artists/John Varvatos Records/Big Machine Label Group/Republic Records, marked the band’s third consecutive #1 debut on the Billboard 200 chart.  Together with their three platinum-selling albums, Uncaged, You Get What You Give, and The Foundation, and their 2013 project The Grohl Sessions Vol. 1, the band has sold over seven million albums to date.  On the radio, the band has earned a historic series of fourteen #1 hit radio singles and became only the second artist to top both the country and active rock formats.   Zac Brown Band is managed by ROAR, a Beverly Hills-based artist and brand management company. The band is also represented by CAA, public relations firm Shore Fire Media and strategic digital marketing agency Girlilla Marketing