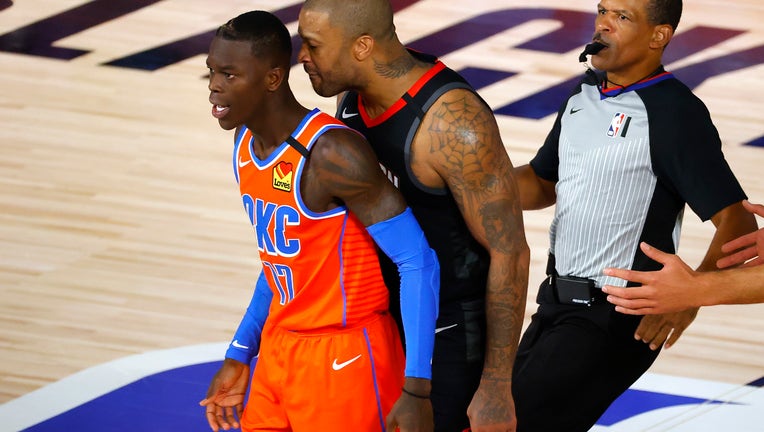 LAKE BUENA VISTA, FLORIDA - AUGUST 29: P.J. Tucker #17 of the Houston Rockets head butts Dennis Schroder #17 of the Oklahoma City Thunder as referee Eric Lewis #42 runs in during the third quarter in Game Five of the Western Conference First Round du

LAKE BUENA VISTA, Fla. - Houston's P.J. Tucker and Oklahoma City's Dennis Schroder were ejected from Game 5 of their first-round playoff series Saturday night after a tussle following a hard pick that sent them both to the floor.

Midway through the third quarter with Houston leading 67-49, Tucker set a pick on Schroder, who swung his right arm between Tucker's legs, hitting him in the groin. When the two players stood back up, Tucker approached Schroder and head-butted him from behind. 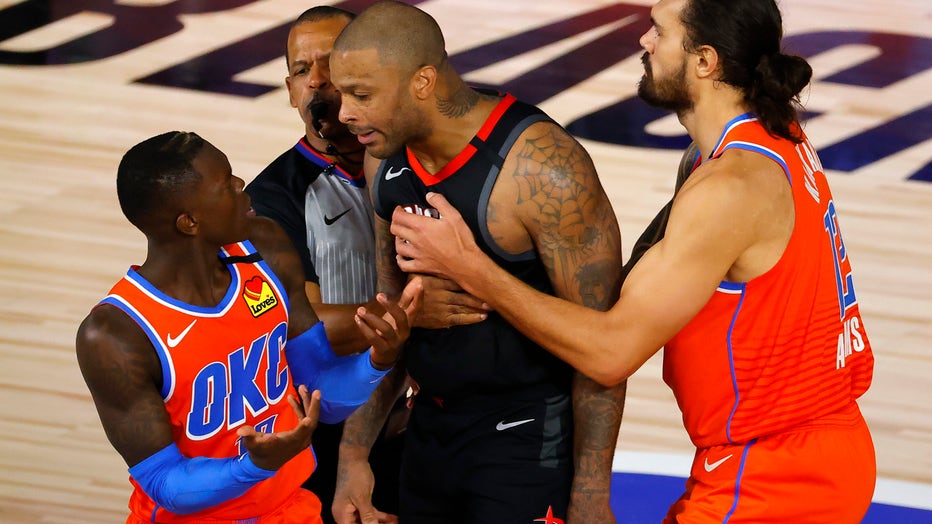 After checking the video, referee James Capers called a flagrant 2 foul on Schroder and ejected him. Tucker was given a technical foul with an ejection.

Schroder was leading the Thunder with 19 points. Tucker had five points and six rebounds.

The best-of-seven series was tied 2-2.