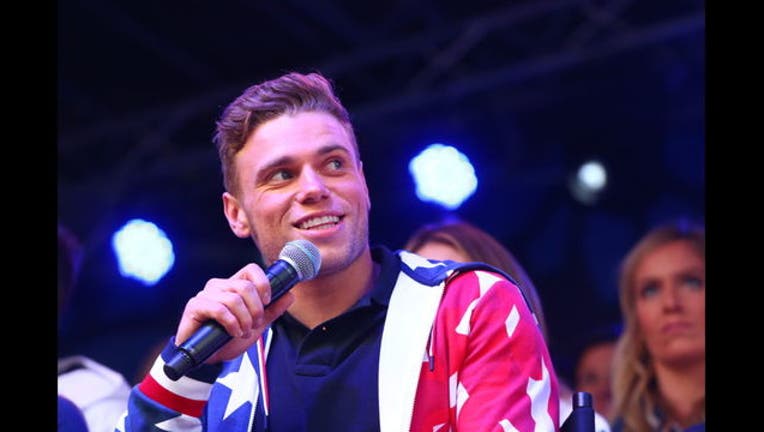 But that didn't matter at all to his adoring fans who cheered him kissing his boyfriend, Matt Wilkas, on Sunday at the bottom of the run.

Supporters jumped on Twitter expressing their support, including Scotty Ray who wrote, "Pretty cool that they not only showed Gus Kenworthy kiss his boyfriend, but acknowledge him as such. It shouldn't feel like a big deal and yet it does."

Kenworthy wrote on Instagram, "Didn't realize this moment was being filmed yesterday but I'm so happy that it was. My childhood self would never have dreamed of seeing a gay kiss on TV at the Olympics but for the first time ever a kid watching at home CAN! Love is love is love."

He explained in a Twitter post that the "Olympics aren't solely about medals. Being here now, out and proud and living my life authentically, I'm walking away more fulfilled without a medal that I did at the last Games with one. Of course, I would've loved to have landed my run and been on the podium but it just wasn't my day."