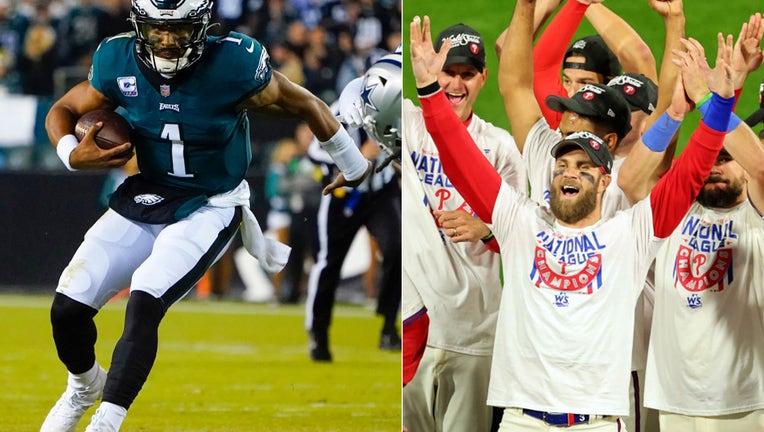 Phillies and Eagles could both see games in Houston next week. (Photos by Gregory Fisher/Icon Sportswire via Getty Images; Michael Reaves/Getty Images)

PHILADELPHIA - Heads up, Houston - an unforgettable kind of "Philly Special" could be coming your way very soon.

Philadelphia's Phillies and Eagles could potentially end up playing back-to-back nights in the Texas city.

The Eagles will be taking on the Houston Texans for Thursday Night Football on November 3.

Meanwhile, the Phillies may find themselves in the same city on Friday as they go head-to-head against the Houston Astros in the 2022 World Series.

That would mean the series required a Game 6 - an outcome no Phillies fan is hoping for!

However, if worse comes to worst, it could mean the ultimate road trip for those dedicated Philadelphia sports fans.