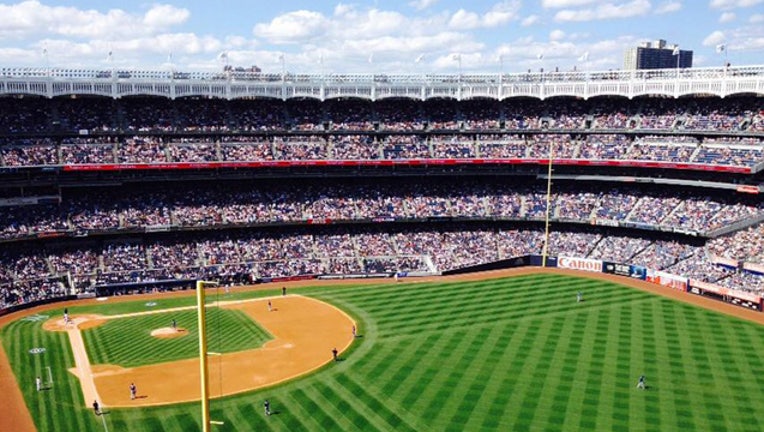 ORLANDO, Fla. (AP) — Major League Baseball will change rules to speed games next year with or without an agreement with the players' association.

Management proposed last offseason to institute a 20-second pitch clock, allow one trip to the mound by a catcher per pitcher each inning and raise the bottom of the strike zone from just beneath the kneecap to its pre-1996 level at the top of the kneecap. The union didn't agree, and clubs have the right to impose those changes unilaterally for 2018.

Players and MLB have held initial bargaining since summer, and MLB chief legal officer Dan Halem said this week he would like an agreement by mid-January.

"My preferred path is a negotiated agreement with the players, but if we can't get an agreement we are going to have rule changes in 2018 one way or the other," baseball Commissioner Rob Manfred said Thursday after a quarterly owners' meeting.

Nine-inning games averaged a record 3 hours, 5 minutes during the regular season and 3:29 during the postseason.

There are ongoing talks for a new posting system with Japan to replace the deal that expired Nov. 1, one that would allow star Japanese pitcher/outfielder Shohei Otani to leave the Pacific League's Nippon Ham Fighters to sign with a big league team.

MLB agreed last month to a framework with Nippon Professional Baseball that would keep the rules of the expired deal pretty much in place this offseason, allowing a high posting fee of $20 million.

The union informed MLB on Thursday that it had set a Monday deadline for reaching a deal, according to Manfred. The union doesn't want the uncertainty of Otani's situation to hold up teams' negotiations with other free agents, another person familiar with the talks said, also speaking on condition of anonymity because no announcement was made.

"I'm hopeful that the union will find a way to get on board and we'll open that player market up and let players who want to play here see if they can get signed," Manfred said. "These are relatively small issues."

Owners were told experts are looking into the specifications of baseballs after a record 6,105 home runs were hit this season.

Oakland catcher Bruce Maxwell was the only MLB player to kneel during the national anthem this year, a contrast to the many NFL players who participated in the protest.

"I'm really proud of the way that our players have conducted themselves with respect to the anthem," Manfred said. "They've been respectful. That respect is completely consistent with the kind of good works they do in their communities every day."

Owners were updated about team decisions on expanded protective netting, made after several fans were injured by foul balls this year. MLB has not decided whether to change the league-wide minimums.

"I'm not prepared to say exactly what next year's going to be," Manfred said.

Congress is considering in tax legislation a prohibition on the use of tax-free municipal bonds for ballpark financing.

"The clubs and central baseball are very aware of that provision in the tax bill and, like all good citizens, we intend to weigh on the propriety of that particular legislative change," Manfred said.

"Going back to the very first time that I addressed the general managers after I was elected, I told them that one of my goals was to be more diligent with rest to the enforcement of all of our rules, but particularly our rules as they affect the signing of international players," Manfred said.

Denis Coderre, the Montreal mayor who pushed for MLB's return to the city, was defeated last week in his bid for re-election. Manfred repeated that no decisions on expansion will be made until after Oakland and Tampa Bay resolve their quests for new ballpark.

"I'm not sure who's going to be the mayor of Montreal at that point," Manfred said. "I do know that it would be extraordinarily unlikely for baseball to return to Montreal without some concrete plan as to where a team would play. We're not going back to playing in Olympic Stadium."

Manfred anticipates a restructuring on central baseball's administration and MLB Advanced Media will take place before the end of the year.

A new contract with StubHub for selling tickets on the secondary market was approved.

Kenneth Duberstein, a White House chief of staff under President Ronald Reagan, and Denis McDonough, who held the same job under President Barack Obama, spoke to owners on Wednesday.