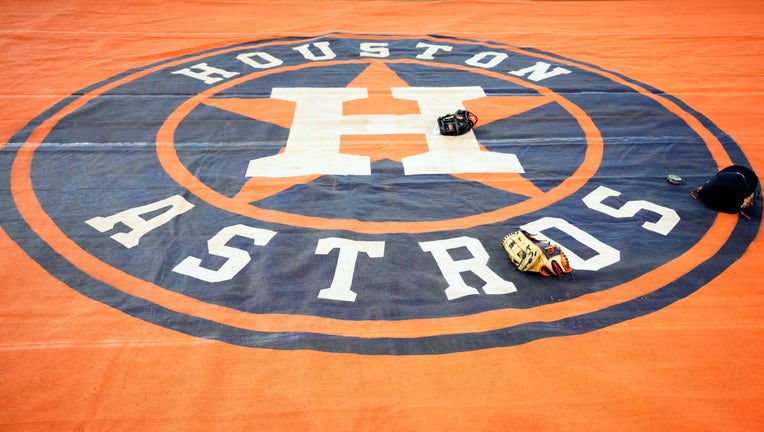 HOUSTON - HOUSTON (AP) -- Lance McCullers Jr. was solid in his return from Tommy John surgery, Yuli Gurriel and George Springer homered and the Houston Astros beat the Seattle Mariners for the 15th straight time, 7-2 on Saturday.

McCullers (1-0) yielded five hits and two runs over six innings in his first game since the 2018 playoffs. He got double plays from his defense to escape jams in the first two innings before settling in to get the win, striking out six.

Houston went 18-1 against the Mariners last year and beat them 8-2 in the season opener Friday night. The Astros' winning streak is their longest over one opponent in franchise history.

The Astros were up 1-0 when Gurriel started a four-run fourth with his solo shot to left field off Seattle starter Taijuan Walker (0-1). There were runners at first and second with one out in the inning when Kyle Tucker hit a grounder down the first baseline for a double that made it 3-0 and chased Walker.

Martin Maldonado, who had two hits and two RBIs on Friday, drove in two more runs with a double later in the fourth that extended the lead to 5-0.

Walker allowed seven hits and five runs in 3 1/3 innings. Walker had Tommy John surgery in 2018 and pitched just one inning last season in his return.

J.P. Crawford opened the fifth with a triple to center field, and Springer was shaken up when he crashed into the wall attempting to catch the ball. He was on the ground for a few seconds before slowing getting to his feet and remaining in the game.

Seattle cut the lead to 5-1 when Crawford scored on a groundout by Mallex Smith.

Mariners rookie Kyle Lewis homered for the second straight game with an opposite-field shot to the seats in right field with one out in the sixth to make it 6-2.

Springer's homer off Nestor Cortes made it 7-2 with two outs in the sixth.

Houston closer Roberto Osuna pitched a scoreless ninth despite it not being a save situation. He has been slowed in summer camp for an undisclosed reason and his availability was uncertain entering this series.

TRAINER'S ROOM
Astros: INF Aledmys Diaz was placed on the 10-day injured list on Saturday after he strained his right groin in the opener. Houston recalled INF Taylor Jones to take his spot on the roster.

UP NEXT
Houston's Zack Greinke will oppose Seattle's Yusei Kikuchi when the series continues Sunday. Greinke, who is in his first full season with the Astros after being traded to Houston last July, is 7-1 with a 1.85 ERA in 14 career appearances against the Mariners. Kikuchi was 0-2 with a 5.40 ERA against Houston last season.