The final score was 51-14 at AT&T Stadium in Arlington, Texas.

Head Coach Gary Joseph couldn't be happier for the community, "I'm so proud of Katy" he said following the victory.

It is the school's ninth championship earned in football.

"I’m proud to see that the students poured out their hearts in their studies and in the sport, and now their hard work has paid off," said KHS Head Football Coach Gary Joseph, who has now led five of the championships for Katy ISD.

"Today, once again, our Katy ISD students are creating a legacy for future generations," said Debbie Decker, Executive Director of Athletics. "This Championship is more than just football; it’s a reflection of a district and school community that encourages its students to reach for excellence. With the challenges that we have faced this season due to COVID-19, we are proud of our coaches, parents, and students for their support," added Decker.

There will be a parent-led parade for the students Saturday night after their return from Arlington.

The parade will start at 11 p.m. cars are encouraged to flash their lights and honk their honks as the bus passes en route to the school. 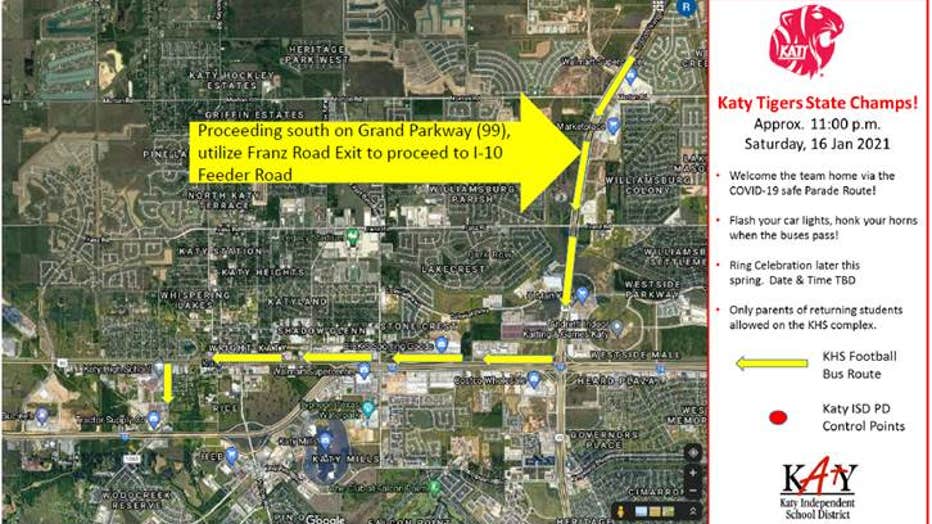