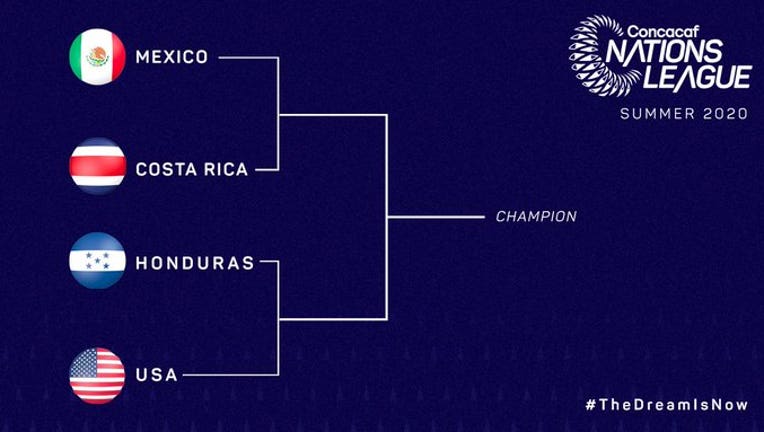 HOUSTON - Houston is hosting the semifinals of the inaugural Concacaf Nations League on Thursday, June 4.

USA will face Honduras at BBVA Stadium in the first match of the semifinal doubleheader.

Then across town, Mexico and Costa Rica will square off at NRG Stadium in the second semifinal match.

The final and third-place matches will both take place at AT&T Stadium in Arlington on Sunday, June 7.

These semifinal matchups were determined by the outcome of group stage play in September, October and November with the four League A winners qualifying for the finals.

As per the competition regulations, the four League A Group winners have been ranked to determine the semifinal matchups, with the highest-ranked team playing the lowest-ranked team. The final standings are as follows:

“The Concacaf Nations League group stages showcased outstanding football across our region and Houston and Dallas are ideal cities for hosting the first-ever Finals of this important international competition,” explained Philippe Moggio, Concacaf General Secretary. “The combination of world-class venues, passionate support, and diverse fanbases representing all four of the participating nations, ensure that these two cities are uniquely positioned to host a very successful inaugural event. Houston, home to the third-largest Hispanic population in the country, and Dallas, a proven soccer market, will host an unforgettable first edition of this new tournament.”