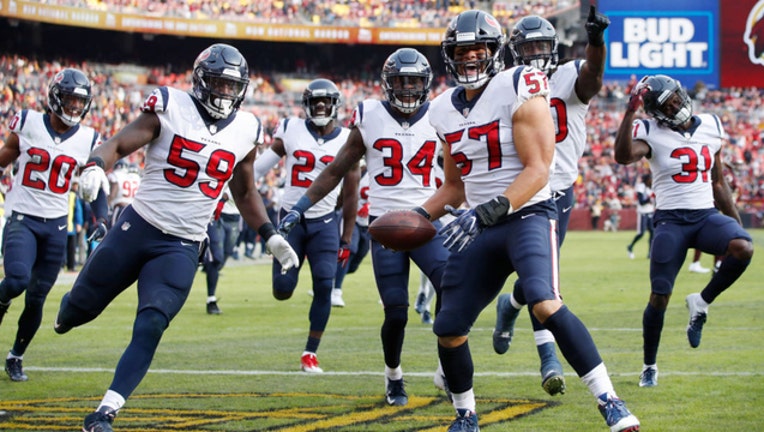 Brennan Scarlett of the Houston Texans celebrates with teammates after intercepting a pass in the second quarter of the game against the Washington Redskins at FedExField on November 18, 2018 in Landover, Maryland. (Photo by Joe Robbins/Getty Images)

HOUSTON (FOX 26) - The date is set for the Houston Texans game against the Jacksonville Jaguars in London.

The Texans will play the Jaguars in Week 9. The game will be played on November 3 at Wembley Stadium. Kickoff is scheduled for 8:30 a.m. CT.

The meeting replaces Houston’s annual trip to Jacksonville as the Jaguars will be the home team.