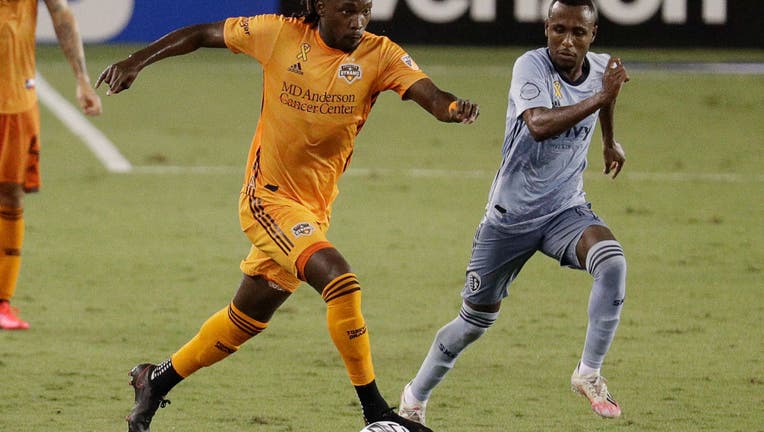 HOUSTON, TEXAS - SEPTEMBER 05: Alberth Elis #7 of Houston Dynamo pushes the ball up the field as he is pursued by Gadi Kinda #17 of Sporting Kansas City during the second half at BBVA Stadium on September 05, 2020 in Houston, Texas. (Photo by Bob Lev

HOUSTON - The Houston Dynamo are slated to play nine games over the final five weeks of the regular season.