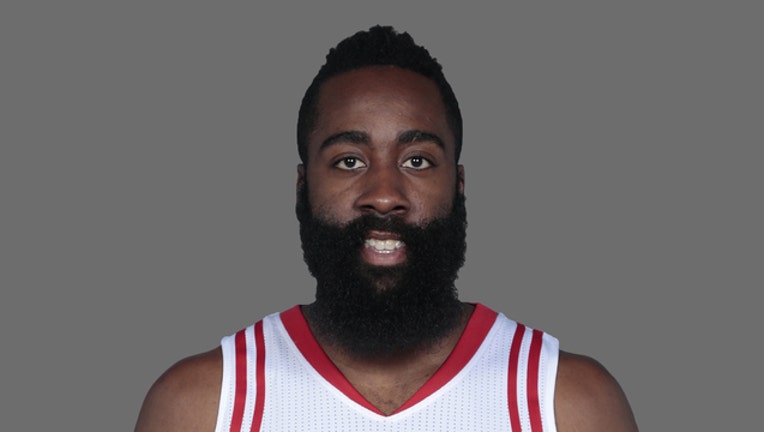 Philadelphia moved one loss away from matching the New Jersey Nets' NBA-worst mark of 18 losses to open a season. The Sixers have dropped 27 in a row dating to last season for the longest losing streak in major U.S. professional sports history, passing the NFL's Tampa Bay Buccaneers from 1976 to '77. The previous record was also matched by the 76ers in 2013-14.

Robert Covington had 28 points for Philadelphia, which made a franchise-record 16 3-pointers in 35 attempts. One day removed from a Boston nightclub altercation, rookie Jahlil Okafor had 11 points and six rebounds.

Facing an 11-point deficit to start the fourth quarter, the 76ers opened the period on a 24-8 run to take a five-point lead.

Down by two with less than 3 seconds remaining, Covington intentionally missed a free throw that was rebounded by Dwight Howard to secure the Houston win.

Harden led the Rockets to one of their best shooting performances of the season, helping Houston win for just the second time in its last nine games.

The Rockets shot 52 percent from the field, including an 11-for-20 night from beyond the arc. Howard added 14 points and 13 rebounds.

Philadelphia scored 100 points for the first time in nearly three weeks and just the fourth time all season. Isaiah Canaan had 23 points, and Jerami Grant scored 18.

76ers:C Nerlens Noel was a late scratch with right knee soreness. ... SG Nik Stauskas returned from a one-game absence after suffering a knee contusion in Monday's loss to Minnesota. ... Canaan got his fifth start of the season over regular starter T.J. McConnell.

Rockets: Houston improved to 68-68 all-time against Philadelphia. ... The Rockets had a season-high 35 third-quarter points. . PG Patrick Beverley received a technical foul in the second quarter after throwing an elbow near the face of Phil Pressey.