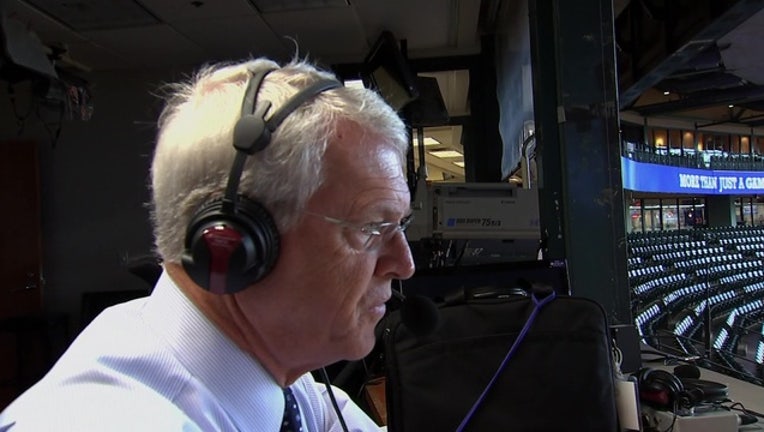 HOUSTON (FOX 26) - Houston Astros television broadcaster Bill Brown has officially announced that the 2016 Major League Baseball season will be his final one in the booth. Brown, who joined the Astros in 1987, is retiring after serving as the club’s primary TV voice over a three-decade span.

Brown’s final scheduled broadcast will be the Astros final regular season home game of the 2016 season on Sept. 28 vs. the Seattle Mariners (1:10 p.m. start).

Brown was officially hired by the Astros on Feb. 6, 1987. The first regular season game he called in his Astros career came on April 6, 1987, an Opening Day, 4-3 win over the Dodgers in the Astrodome.

“This is one of the best play-by-play jobs in the country,” said Brown, describing his 30 seasons with the Astros. “Astros fans, the Astros organization and the community of Houston has been great to us. We never dreamed when I took this job that we’d be here this long. I look forward to watching the Root Sports team in 2017 and will be attending many games as a lifelong Astros fan.”

The Astros recognized Brown's 30-year career with the team during a special pregame ceremony on June 19 at Minute Maid Park.

“Bill Brown’s unwavering commitment and passion for the Houston Astros has inspired fans for many years,” said Astros owner Jim Crane. “On behalf of everyone in the Astros organization, I want to personally thank Bill for his great work, his genuine love for this team, and his commitment to exceptional work. Bill Brown has had a Hall of Fame caliber broadcasting career and we are fortunate it has been with the Houston Astros.”

“Congratulations to Bill and his family as they start a new chapter following this 30-year run,” said Astros team president Reid Ryan. “We look forward to having Bill remain a part of our Astros family as he will continue to participate in our ongoing community efforts.”