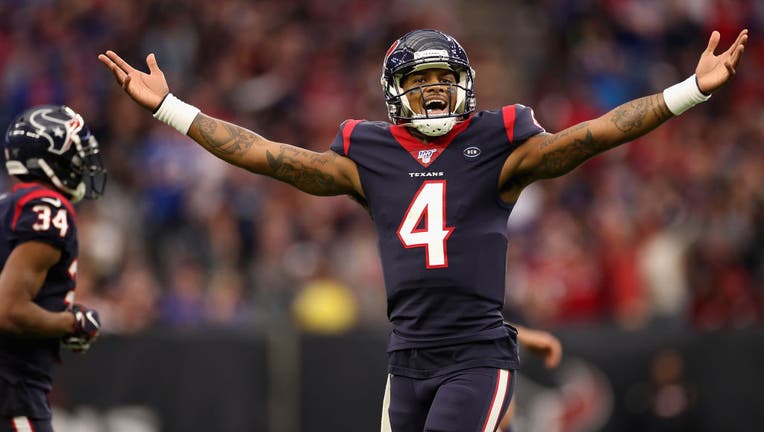 HOUSTON, TEXAS - JANUARY 04: Quarterback Deshaun Watson #4 of the Houston Texans reacts to a non call during the NFL Wild Card playoff game against the Buffalo Bills at NRG Stadium on January 04, 2020 in Houston, Texas. (Photo by Christian Petersen/G

The march started at Deshaun Watson's restaurant Lefty's around 11 a.m. on Monday, Jan. 18.

Watson has been reportedly disgruntled with the front office, and speculators think his days in Houston are numbered after a dismal 4-12 season. 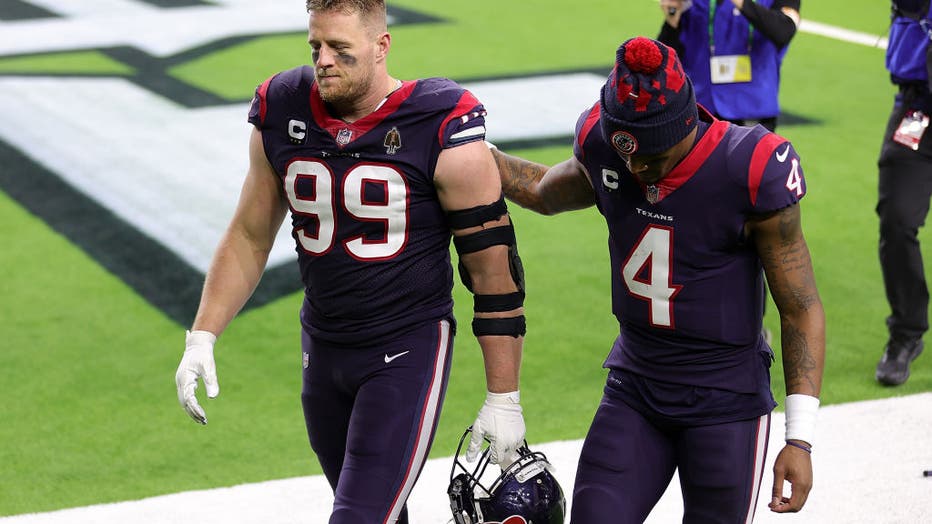 HOUSTON, TEXAS - JANUARY 03: J.J. Watt #99 of the Houston Texans walks off the field with Deshaun Watson #4 following a game against the Tennessee Titans at NRG Stadium on January 03, 2021 in Houston, Texas. (Photo by Carmen Mandato/Getty Images)

"Although I am humbled, I ask whoever is organizing the march cancel for the sake of public safety," Watson tweeted.

A sizeable crowd marched outside the stadium with signs showing their support for the 3-time pro bowler.

No final decisions have been made with the fate of the franchise quarterback, but the Texans do plan on having a virtual meeting with a head coaching candidate that could sway Watson's feelings.

Eric Bienenemy, the Offensive Coordinator behind the Kansas City Chiefs' high-powered attack will meet with the Texans on Monday.