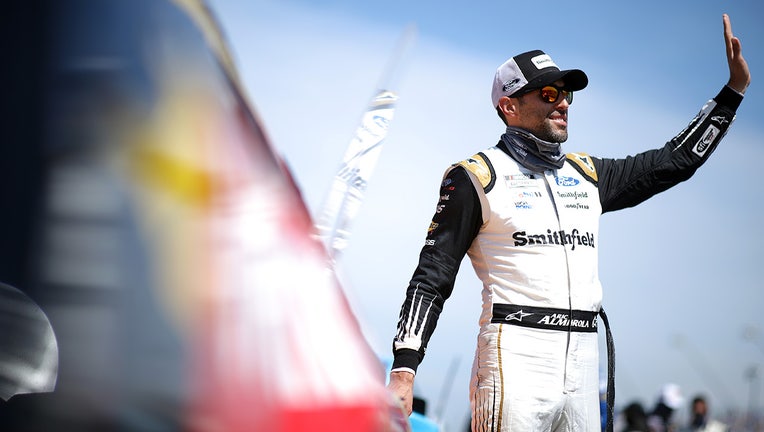 Aric Almirola, driver of the #10 Smithfield/Winn-Dixie Ford, waves to fans on the grid prior to the NASCAR Cup Series Goodyear 400 at Darlington Raceway on May 09, 2021 in Darlington, South Carolina. (Photo by Sean Gardner/Getty Images)

Aric Almirola is living the American dream, and he knows he has a lot of people to thank for it.

The 37-year-old Stewart-Haas Racing NASCAR Cup Series driver was born on Eglin Air Force Base in Florida, where his father, Ralph, who fled communist Cuba as a child with his family, was serving.

"It just made me appreciate the sacrifice, you know, living it firsthand … seeing my dad go to work every day and put his uniform on and just really knowing and understanding what that looks like and what that sacrifice really is," said Almirola, who went on to graduate from Hillsborough High School in Tampa.

As part of NASCAR’s Memorial Day weekend 600 Miles of Remembrance during the Coca-Cola 600 at Charlotte Motor Speedway on Sunday, all of the cars will be carrying the names of fallen veterans above their windshield.

"Fortunately for me, my dad is still around. But this weekend, for the 600 Miles of Remembrance, we're going to take this opportunity to remember the people that paid the ultimate sacrifice," Almirola said during an appearance on The Fox Garage. 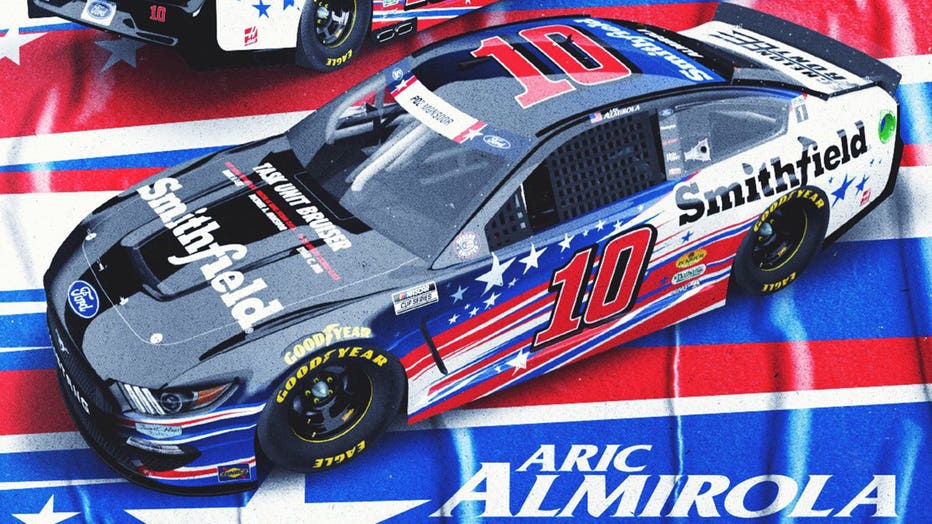 Almirola's Ford Mustang will be saluting Master-At-Arms Petty Officer 2nd Class Michael Monsoor, a Navy SEAL who threw himself on a grenade to save his squad during a mission in Iraq in 2006.

Monsoor was posthumously awarded the Medal of Honor by President George W. Bush for his valor in 2008 and had a Navy Zumwalt class destroyer named after him.

"What a selfless act, and he paid the ultimate sacrifice not only for them to stay alive, but for our freedom, for me and you to get to do what we love to do and live in this great country," Almirola said. 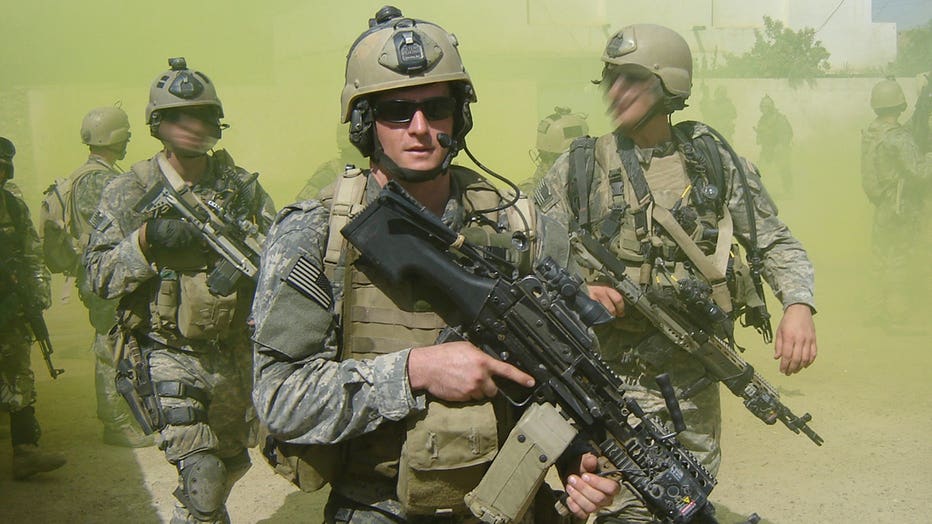 Monsoor’s mother, Susan, sent Almirola a note telling him how her son loved cars and to go fast.

"She told me to make sure I put the pedal to the metal with his name on the car."

Almirola will definitely be doing that as he looks to pick up his first win of the season and punch his ticket to the NASCAR playoffs.

It’s just a special event. You know, it's the longest event. And the stock car racing at 600 miles at Charlotte Motor Speedway, it's really the test of man and machine, you know, trying to push yourself as a racecar driver inside the car for four to four and a half hours, sometimes five hours, depending on how the race plays out."

Win or lose, he hopes fans connect with the message of the day.

"I think it's important that we do this, and I think it's equally important that we don't forget that we don't just celebrate this on Memorial Day and on Veterans Day, that we really take with us throughout the course of a year, that there are men and women fighting for our freedom every single day and we wake up and we drink our coffee and we go about our day with freedom, and we are safe and secure in the greatest country of all, and it's not free. Our freedom is not free."