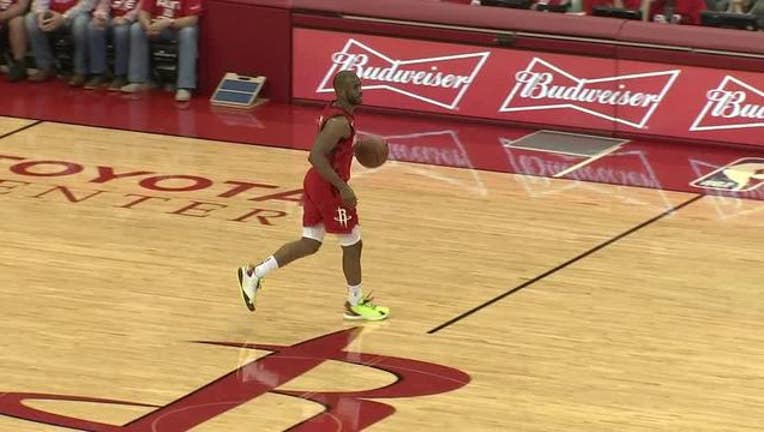 OAKLAND, Calif. (FOX 26) — The NBA has fined Houston Rockets guard Chris Paul $35,000 for "aggressively confronting and recklessly making contact with a game official," according to a statement released on Monday.

Executive vice president of basketball operations Kiki VanDeWeghe announced the fine the day after the Golden State Warriors beat the Rockets 104-100 in Oakland. Paul was issued his second technical foul and was automatically ejected from the game with 4.4 seconds remaining in the fourth quarter on Sunday.

Paul told FOX 26 Sports that the contact with the referee was "incidental."