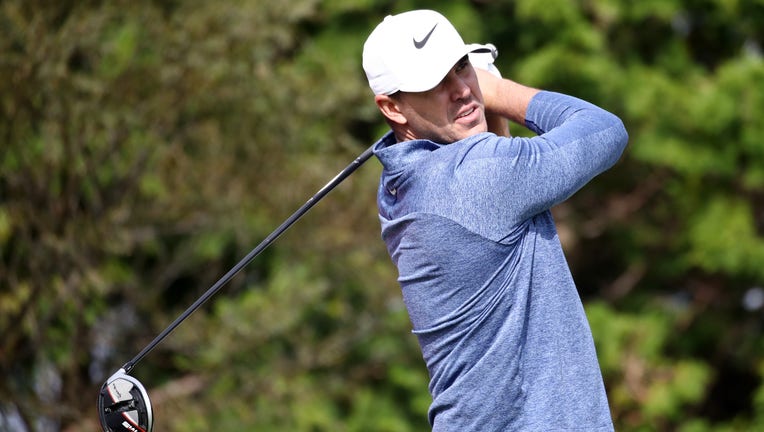 JEJU, SOUTH KOREA - OCTOBER 17: Brooks Koepka of the United States hits his tee shot on the 3rd hole during the first round of the CJ Cup @Nine Bridges at the Club at Nine Bridges on October 17, 2019 in Jeju, South Korea. (Photo by Chung Sung-Jun/Get

HOUSTON - Brooks Koepka, the number one golfer in the world, thoroughly enjoyed his efforts as the PGA Tour player consultant for the renovation of the Memorial Park Golf Course, which will host the Houston Open in 2020.

“It’s been so cool to do,” Koepka said in an interview with FOX 26 Sports. “It really has. It’s probably been one of my favorite accomplishments that I’ve done to date.

“Other than winning a golf tournament, it’s one of the coolest projects that I’ve been involved in.”

And Koepka has had enormous success as a golfer, becoming the first golfer in history to hold back-to-back titles in two major championships simultaneously after winning the 2018 and 2019 PGA Championships, to go along with his wins in the 2017 and 2018 U.S. Opens.

Koepka is the first golfer since Curtis Strange in 1989 to win consecutive U.S. Opens, yet working with renowned golf architect Tom Doak to help renovate Memorial Park is a career highlight for him.

“It’s super cool,” Koepka said. “The fact that I had any input into a golf course, you know it’s not something I ever dreamed of growing up, which is kind of unique. All of the sudden, the more I got involved, I thought how cool is this.

“I can influence maybe another generation of kids growing up in Houston or just the average golfer can have a good time and enjoy it.

“The more I did it, the more I loved it. I thought it was awesome.”

Koepka has a sense of pride that he did not initially expect.

“I don’t think I really had that feeling until I walked the grounds of it,” Koepka said. “We walked it once when they were still playing on it, the final day, and once when the construction was going on. To see like different shapes of things and kind of be like ‘okay this is the lay of the land. All right, what if we change this a little bit? What if we made that from a player’s perspective?’ Obviously, Tom’s got the architecture part of that covered.

“You don’t get an architect and a player involved in many golf courses. You look at Greg Norman and Nick Faldo, all those guys, but it’s the same person. As a player you’d like to help the player a little bit more. Things like that. You can’t see everything, but the more minds you get in it, the better it is.

“I think it’s going to be a big thing. I hope when people play it, they enjoy it and they see the different little nuances the golf course has.

“Working with Tom was very interesting. You always hear about things that guys like to do. You get a better understanding now of why things are the way they are.

When I look at a golf course now (it’s like) ‘oh that makes sense,’ It’s kind of cool.”

Koepka, who has a strong relationship with Astros owner Jim Crane and Giles Kibbe, president of the Astros Golf Foundation, host of the Houston Open, has one more huge reason to make Houston a destination point for him, the Memorial Park Golf Course.

“It’s always been a special place for me,” Koepka said. “I’ve got a lot of ties with the Crane family and everything they do out in Houston. We’ve spent quite a bit of time out there.

“Now that we have this golf course it’ll be special. Any time we’re in town that’s where I’m gonna go practice. I’m gonna go play.

“It’s cool maybe to have an impact on the city, the community.”

Koepka hopes to play at the first Houston Open at Memorial Park in 2020, as long as he is healthy and ready to go.

“I hope to be,” Koepka said. “I just want to be healthy right now. I don’t even know when the next time I’m gonna play. I’m hurt right now. I’m on the sidelines. Whenever I’m healthy I’d like to tee it up.”

Koepka is dealing with an injured left knee.

“We flew back from South Korea and started rehab on Monday morning,” Koepka said. “I’ve been doing rehab ever since. I had a guy fly in last week, got somebody here this week. Every day it’s getting a little bit better, but still got a long way to go. We got to re-evaluate in a couple of weeks and see where we’re at and hopefully be able to play.”

Given his relationship with Crane and Kibbe, Koepka is an avid fan of the Astros and hurt for the organization when they lost game seven of the World Series.

“Yeah, I tell you what that was a weird series,” Koepka said. “Every away team wins, it’s crazy. You feel for them. I know a couple of the guys on the team, Alex Bregman and Justin Verlander. It’s tough to go that deep into the season and lose. It’s brutal.”

Koepka said he has yet to reach out to the team.

“No, I let them be,” Koepka said. “I know how it is after a heartbreaking loss. You just want some time to yourself. (Let them) just kind of digest everything and soak it all in and then reach out to them.”

As for a career at some point in the business of designing golf courses, Koepka said it would be “cool” to go that route after his days as a player are over, but that is a long way down the road.

Like the Astros, Koepka’s plans include a lot more winning.