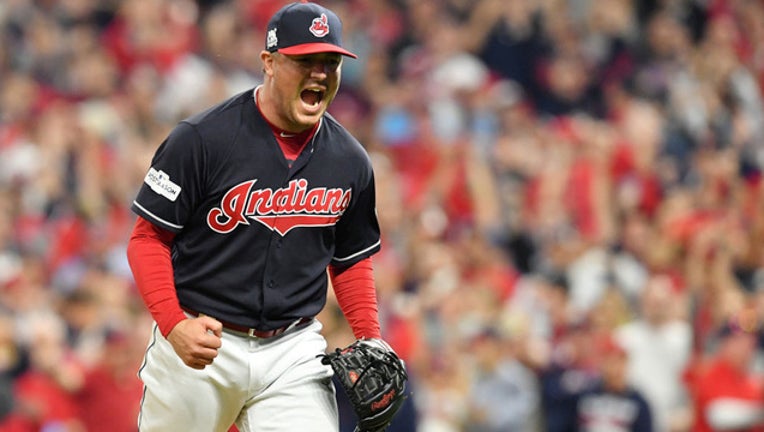 Joe Smith #38 of the Cleveland Indians in the ninth inning during game two of the American League Division Series at Progressive Field on October 6, 2017 in Cleveland, Ohio (Photo by Jason Miller/Getty Images)

Smith, Luhnow and Astros manager AJ Hinch will take part in a news conference at Minute Maid Park at 9:30 a.m. on Thursday.

With the addition of Smith, the Astros now have 39 players on the 40-man roster.