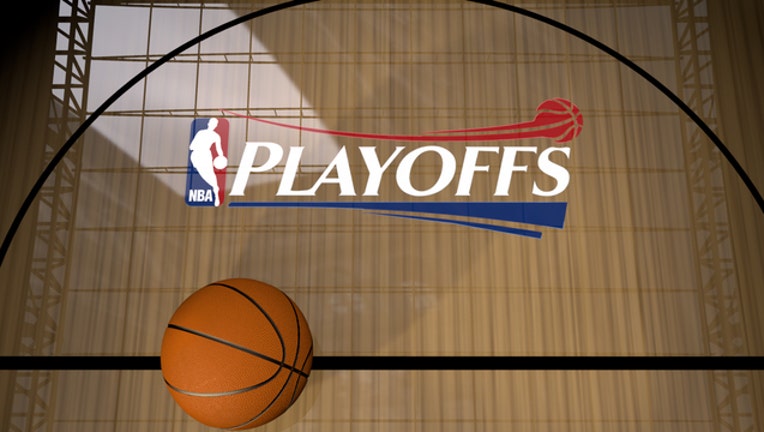 The Milwaukee Bucks left the Toronto Raptors behind - again.

Giannis Antetokounmpo scored 28 points, rookie Malcolm Brogdon had 16 and the Bucks beat the Raptors 97-83 on Saturday night in Game 1 of the first-round playoff series.

"Our second half was just abysmal," Raptors coach Dwane Casey said. "We didn't play with any pace, any rhythm, any movement. You keep playing that way, it's always going to bite you in the behind and that's what happened to us tonight."

The Raptors have lost the opening game in eight consecutive playoff series, a streak of futility Toronto star DeMar DeRozan was at a loss to explain.

"If I had the answer, maybe we would have pulled it out tonight," DeRozan said. "It's something now that we're not unfamiliar with, being at this point. It's never ideal."

"It's big for us, but now we have to focus on Game 2," Antetokounmpo said. "We know they're going to be more desperate."

Game 2 is Tuesday night in Toronto.

Greg Monroe had 14 points and 15 rebounds for the Bucks, Tony Snell scored 11, and Khris Middleton finished with 10 points and nine assists.

"Any time you win it feels good, especially against a good team, a playoff-tested team," Monroe said. "To come in here and get one feels good."

DeRozan led Toronto with 27 points, and Serge Ibaka had 19 points and 14 rebounds.

"We'll figure it out," Casey said. "We've been there before. It's not a good feeling."

Toronto's Kyle Lowry made only two of 11 field-goal attempts, missing all six 3-point efforts, and finished with four points.

"He had some good looks, he just missed some shots," Casey said.

After shooting 3 for 13 in a Game 1 loss to Miami in the second round last spring, Lowry stayed past midnight at Air Canada Centre, shooting alone on the court.

Antetekounmpo picked up his fourth foul with 4:33 left in the third and headed to the bench as Toronto's P.J. Tucker was making two free throws to break a 64-all tie.

Without Antetokounmpo, Milwaukee closed the quarter on an 11-5 run to take a 75-70 lead into the fourth.

"When he came out I thought his teammates picked him up," Bucks coach Jason Kidd said. "That just shows we're growing, being a young team, that they trusted one another with Giannis out."

Milwaukee kept it going after Antetokounmpo returned for the final quarter. The Bucks scored eight straight points, including four from Middleton, to make it 85-71 with 8:47 left.

"Once they got their mojo going, we didn't do a good job," Casey said.

Many in the sellout crowd of 20,133 headed for the exits throughout the final quarter as the Bucks stretched their lead to a game-high 19 points.

Ibaka was the only Raptors starter to make a 3-pointer. Toronto finished 5 for 23 from long range, with the starting five going 1 for 13. No Raptors player made more than one 3-pointer.

Toronto trailed 30-22 after the first but outscored Milwaukee 29-16 in the second to take a 51-46 lead at halftime. Ibaka scored 10 points in the first and DeRozan had 10 in the second, going 6 for 6 from the free throw line.

Bucks: Milwaukee shot 7 for 21 in the second. ... Milwaukee has won consecutive games against Toronto after losing 13 of the previous 14 meetings.