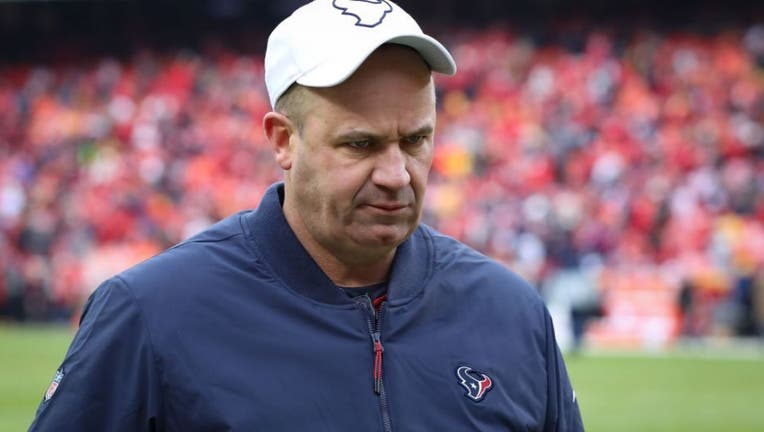 Crimson Tide coach Nick Saban announced the hiring on Thursday. O'Brien is replacing Steve Sarkisian, who left to become head coach of the Texas Longhorns after the national championship game.

"He has a wealth of experience as both an offensive coordinator and head coach in the NFL and college," Saban said in a statement. "Bill is one of the brightest offensive minds in football, an outstanding teacher and excellent recruiter.

"He will strengthen our coaching staff and give our players the best possible chance to be successful."

The Texans fired the 51-year-old O'Brien after an 0-4 start last season.

O'Brien returns to the college ranks, where he spent two years as Penn State's coach in 2012 and 2013. He'll take over an offense that was one of the nation's best last season, but must replace Heisman Trophy-winning wide receiver DeVonta Smith, along with quarterback Mac Jones and tailback Najee Harris.

All three finished in the top five in the Heisman voting.

"I have an incredible amount of admiration for the rich football tradition at this university and the success Coach Saban has had during his time in Tuscaloosa," O'Brien said. "I’m looking forward to the opportunity to work with some of the best football players in the country, while helping to continue the success this program has enjoyed for many years."

O'Brien is the latest former head coach to join Saban's staff as offensive coordinator after Sarkisian and Lane Kiffin. Both ultimately went on to earn another chance as a Power 5 head coach, with Kiffin heading to Florida Atlantic before getting hired at Mississippi.

O'Brien also served as offensive coordinator for the Nittany Lions and won national coach of the year honors after going 8-4 in 2012. It was the most wins by a first-year coach in the program’s previous 125 seasons.

Like Saban, O'Brien is a former protege of New England Patriots coach Bill Belichick. He spent five years on Belichick's staff, calling offensive plays for three seasons and serving as the offensive coordinator in 2011, coaching quarterback Tom Brady during his 2010 MVP season.

The Board of Trustees still must formally approve the financial terms, which have not been disclosed.