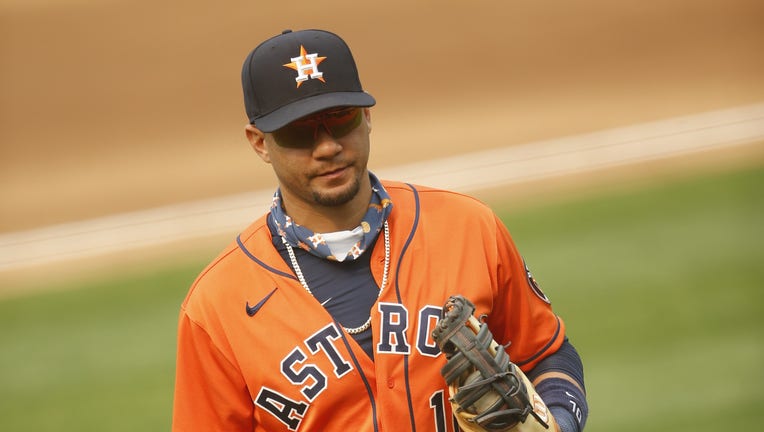 Yuli Gurriel #10 of the Houston Astros stands on the field during the game against the Oakland Athletics at RingCentral Coliseum on September 8, 2020 in Oakland, California. (Photo by Michael Zagaris/Oakland Athletics/Getty Images / Getty Images)

HOUSTON - First baseman Yuli Gurriel and the Houston Astros have agreed to a one-year contract with an option for 2022 that guarantees $7 million, a cut of nearly 20% from his 2020 deal.

The agreement was announced hours before the defending AL champions started their first-round playoff matchup against at Minnesota on Tuesday, an odd time to reach a contract for a future season.

RELATED: Astros to playoffs with losing record after loss to Texas

Gurriel would have been eligible for free agency under a provision in his 2020 contract, even though he does not have the six years of major league service usually required. His new deal includes the same provision.

In five seasons in Houston that followed a stellar career in Cuba, the 36-year-old has hit .287 with 71 homers and 301 RBIs.