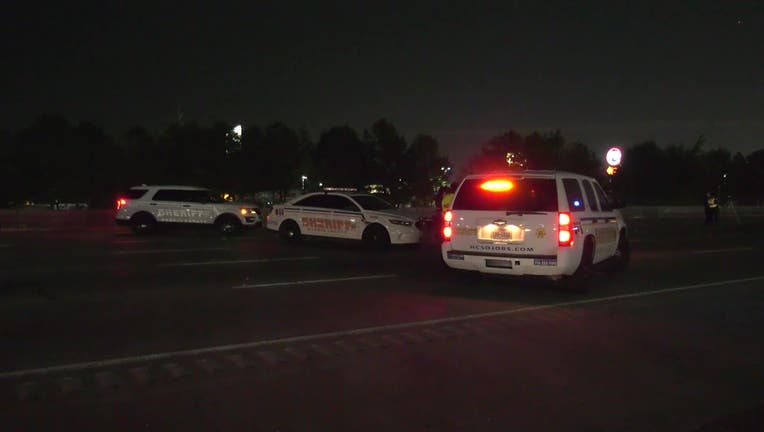 The Harris County Sheriff's Office investigates a deadly crash involving a pedestrian on the North Freeway.

HARRIS COUNTY, Texas - A woman died after she was struck by multiple vehicles on I-45 in north Harris County on Wednesday night, authorities say.

The deadly crash occurred around 8:41 p.m. in the 21000 block of the I-45 North Freeway southbound near Louetta Road.

According to the sheriff’s office, witnesses reported that a woman ran west to east across the freeway and then ran northbound toward an oncoming Dodge Challenger.

The sheriff’s office says the driver of the Challenger wasn’t able to stop in time to avoid the woman, who was struck by the right passenger side of the vehicle.

Due to the impact, the pedestrian fell to the ground and was struck by multiple other vehicles, authorities say.

The driver of the Challenger did remain at the scene and did not show signs of impairment, the sheriff’s office says.

The case is under investigation by the Harris County Sheriff’s Office Vehicular Crimes Division.