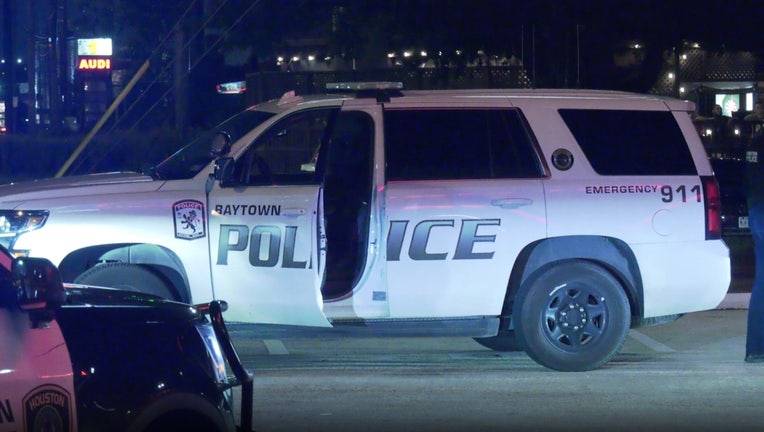 HOUSTON - A woman stole a Baytown police car outside a hospital and led police on a high-speed chase.

Police say she was discharged from the hospital, where she was originally taken for being under the influence of drugs, on Monday night. That's when she saw the Baytown PD SUV, hopped in, and drove off.

Houston Police received a call from Baytown PD about the incident, so HPD officers went to an area where they believed she has family in hopes they would spot her there.

Two Baytown police officers have been indicted for a controversial arrest. Kedric Crawford's attorneys claim Crawford was attacked and tased during an arrest back in July 2019.

They located the police cruiser with its emergency outside lights on. Officers attempted to pull the woman over, and when she refused to stop, a pursuit ensued.

The suspect led police on a high-speed chase on the North Fwy northbound reaching speeds up to 100 mph. During that time she turned off the outside emergency lights.

Police say she was also talking with Baytown PD dispatch using the radio inside of the patrol unit.

After a failed PIT maneuver, the woman eventually stopped on her own and HPD officers were able to take her into custody.